Iran’s foreign minister’s recording of ‘talkless talks’ leaked, talks on nuclear deal may be in danger 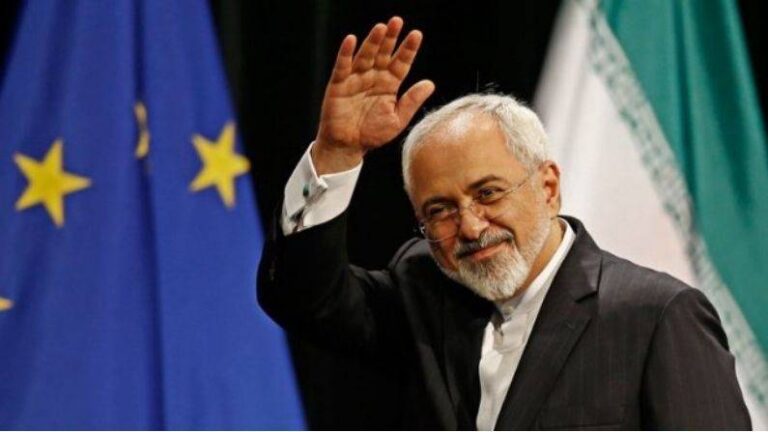 Zarif’s comments outside Iran could also influence ongoing negotiations in Vienna through which both the US and Tehran agreed to comply with Iran’s 2015 nuclear deal with world powers. Ways are being explored.

A recording of the Foreign Minister of Iran has been leaked publicly, in which he has spoken with impunity about the commodity position of diplomacy and the extent of power in the Islamic Republic. This recording provides a rare overview of the country’s religion. These leaked comments of Mohammad Javad Zarif have created a storm within Iran, where officials speak their words one by one in the midst of a cut-throat political atmosphere.

The Revolutionary Guard, a powerful paramilitary force, also intervenes in the country’s politics, whose survey is the supreme leader of the country. Zarif is also said to be a possible candidate for the presidential election of Iran on June 18. Zarif’s comments outside Iran could also influence ongoing negotiations in Vienna through which ways are being found to agree both the US and Tehran to comply with Iran’s 2015 nuclear deal with world powers.

Release the recording as ‘illegal’

After the recording was made public, Iranian Foreign Ministry spokesman Saeed Khatibzadeh did not dispute the authenticity of the tape. He told reporters on Monday that this recording is only a small part of a seven-hour interview with a famous economist.

Khatibzadeh termed the release of the recording as ‘illegal’ and said that it has been selectively edited. He did not say how it went public? Excerpts from the leaked interview were shown on the Iran International news channel, in which Zarif said that Russia wants to stop the nuclear deal.

He said that if Iran had not become the priority of President Trump, then China and Russia would have been his priority. Zarif said that due to enmity with the West, we have always needed Russia and China. They do not have to compete with anyone and they can also reap maximum benefits through us. Both China and Russia have been vocal supporters of returning to nuclear deal.

In this recording, Zarif has also criticized the Revolutionary Guard General Qasim Sulemani’s separate relationship with Russia. Sulemani was killed in 2020 in a US drone strike in Baghdad. After this attack at that time, a situation of war had arisen in Iran and American. Former US Secretary of State Mike Pompeo described the leaked recording on Twitter as a ‘rapid attack’ that would have a major impact on Iran and West Asia.

Also read: If not wearing a mask, you will have to pay a fine of 47 thousand rupees, the rules are so strict that even the Prime Minister is not exempted.

Laxmi Organic IPO: Shares will be allotted today, whether you get stock or not, check here

In today’s time, as the world is becoming increasingly digital and technology is increasing, the…