Investors waiting for big IPOs like Paytm, and Adani Wilmar this month 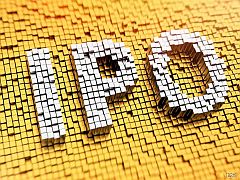 This year has been very busy in terms of Initial Public Offering (IPO). During October-December also, at least 35 companies are likely to go for IPO. As of September, 42 companies have raised around Rs 670 billion from the market through public offerings. These companies are expected to IPO this month.

The company had applied for an IPO with the market regulator in July. Paytm plans to raise Rs 73 billion by issuing new shares and a similar amount through offer for sale. The fund will be used by the company to strengthen its ecosystem as well as on financial services and technology.

This Fast Moving Consumer Goods (FMCG) company does the business of edible oil. It has submitted documents to bring an IPO of Rs 45 billion. It is a joint venture between Adani Group and Wilmar of Singapore. The fund will be used by the company to increase manufacturing capacity and pay off debt.

It is included in the country’s largest affordable housing finance companies. It has branches in 20 states and union territories. American investment firm Blackstone had two years ago bought 97.7 per cent stake in the company from Dewan Housing Finance and Wadhawan Group.

The company had received approval from market regulator SEBI last week to bring a public offer. It plans to issue fresh shares worth Rs 12.6 billion and offer for sale of over 120 million shares from promoters and existing shareholders. Zuari Marok Phosphates holds 80.45 per cent and the government holds over 19 per cent in the company.

This Mumbai-based company is involved in crude oil carrier and logistics. It is planning to raise Rs 6 billion through a public offer. In this, new shares worth Rs 4 billion will be issued and the rest will be shares sold through offer for sale by promoters and existing shareholders. The company will use the funds to buy new vessels for the transportation of crude oil.

The company plans to issue new shares worth Rs 3.5 billion and offer for sale of 10.7 crore shares in the IPO. The company does business of packaged, dairy and fresh food products. It has more than 90 products. The company will be used for working capital requirements and for repayment of debt.

This micro finance company will raise around Rs 8.5 billion through a public offer. It is also a non-banking finance company. The fund will be used to strengthen the capital base.

Kotak bank offering home loan at cheaper rates from SBI, will get loan sitting at home

S Jaishankar met the Foreign Minister of China, asked to follow the agreement, reminded of the formula made in Moscow