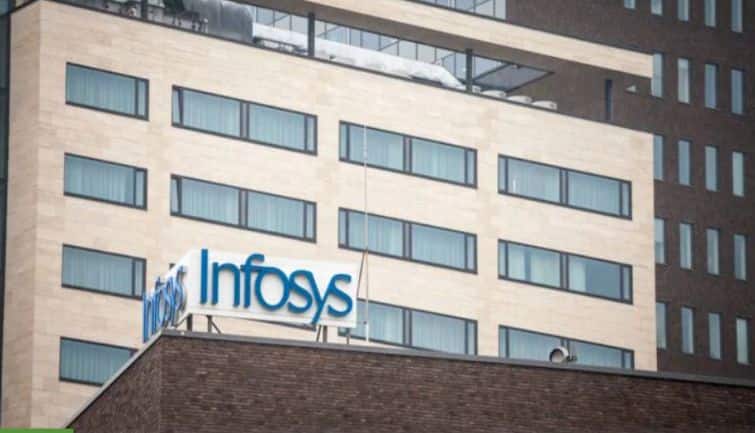 Infosys: Infosys, the country’s second largest IT services provider, is expected to post decent topline growth in the third quarter of FY22. It is believed that it can benefit from the hybrid cloud partnership announced with German auto major Daimler in December 2020, big deals and increased growth in various verticals. At the same time, on January 12, ie today, the company can increase its guidance for the whole year. However, it is expected to struggle with a hike in the attrition rate.

Along with Infosys, Tata Consultancy Services and Wipro will also release their quarterly results on January 12.

The stock of Infosys has given 11 per cent returns since October 2021, which is in line with the strength of the Nifty IT index during the same period. However, its returns have been better than the benchmark Nifty50, which has given only 2.5 per cent returns.

The sentiment has been boosted by growth projections in the IT sector amid Accenture’s increase in outlook for December 2021 and increased focus on digitalisation.

This cryptocurrency did amazing, made 20 lakhs for 1 lakh rupees, that too in just 24 hours

Experts expect a sequential growth of 3.7 per cent in revenue in constant currency terms and 3 per cent in dollar terms in Q3 FY22, though some seasonality may see some impact.

Sharekhan expects revenue growth of 3.7 per cent on a constant currency basis. Analysts at Sharekhan wrote, “In US dollars, revenue is expected to grow by 3.1 per cent. Growth will be fueled by one-month revenue contribution from the Daimler deal, greater adoption of digital transformation by clients and broader growth across verticals.”

Modi government has transferred money to 24 crore people last month, you should also check your account like this

Sharekhan expects Infosys to raise its FY22 revenue growth guidance to 17.5-18 per cent, from 16.5-17.5 per cent earlier. However, the company will maintain its margin guidance at 22-24 per cent.

“We expect a 70 bps reduction in Ebit margin on account of transition costs of the Daimler deal, then wage revision in different bands, lower employee utilization rate and higher subcontracting costs,” Kotak said.

According to Elara Capital, Ebit margin may remain flat due to wage hike (senior) and select compensation interventions.

Disclaimer: The views and investment tips of investment experts on Moneycontrol are their own and not that of the website or its management. Moneycontrol advises its users to consult certified experts before taking investment decisions.

To make the video calling experience even better, JioMeet added the option of so many Indian languages