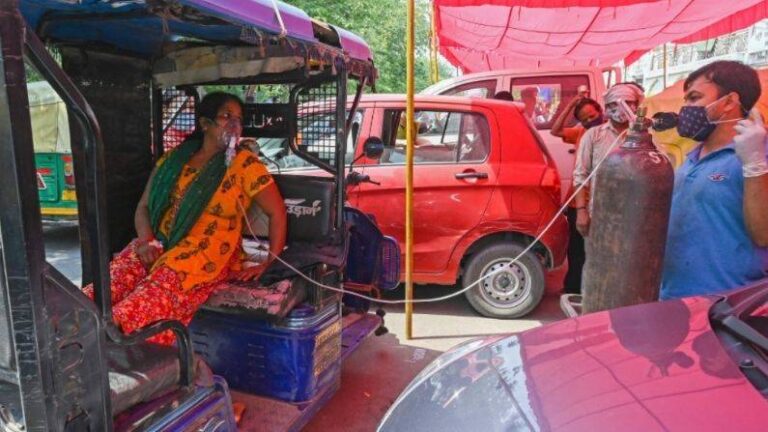 Along with new cases of corona virus (COVID-19) in India, the death toll is also being recorded at a record level. Which is covered by the media of most countries.

Foreign Media on India’s Covid Situation: In India, the second wave of Coronavirus is continuously increasing rather than decreasing. According to the latest data released on Thursday morning, 3,79,257 new cases have been reported within 24 hours and 3645 patients have died during this period. The new cases and death figures coming out at record level have worried everyone (India COVID Cases). Due to which there has been a severe shortage of essential medicines, hospital beds and oxygen.

Of course, many steps are being taken to meet the lack of oxygen, but this problem remains as it is. Foreign media is also covering this situation of India. Time magazine of US TIME magazine wrote in the title, ‘India’s COVID-19 crisis out of control. Which was not to be like this. It reads, ‘The capital of India is getting dusk in Delhi and the air is filled with the pungent smell of burning bodies. It is the evening of April 26, seven bodies are still burning in a small crematorium in Delhi.

In it, quoting the local person, wrote, ‘I have spent my whole life here and pass through this area twice a day. I have never seen so many bodies burning together. Time has written, ‘Deaths on a large scale in the world’s largest democracy can no longer be ruled out. On social media, pictures of body bags and medical help are being sought. Indians are gasping for breath.

The British newspaper, The Guardian, wrote in the headline, “America has suggested to its citizens to leave India immediately while remaining safe, because COVID’s cases here have set a new record.” It reads, ‘America has advised its citizens present in India to leave the country while remaining safe because this country has made a record in the statistics of COVID cases and death on another day. The US embassy has warned on its website, ‘Medical facilities are getting severely limited due to new cases of COVID-19 in India. And the death toll is increasing rapidly here.

Qatar’s news agency Al-Jazeera wrote in the headline, “Covid cases in India exceeded 18 million, the US will send a supply of 100 million dollars.” It reads, ‘India is struggling with the world’s most severe corona virus crisis, fire is burning continuously for 24 hours in the crematoriums, one death every four minutes in the capital New Delhi. Meanwhile, a mass vaccination campaign is also to be started on weekends, but Indians are facing difficulty in online registration. To address the shortage of beds and medical oxygen in the hospitals of the country, other countries are sending equipment.

‘Desperate family standing on the street’

Pakistan’s website Dawn wrote in the title, ‘Due to the brutal wave, the death toll from COVID in India has crossed 2 lakhs.’ It reads, ‘In India, the death toll from Corona virus has crossed two lakh on Wednesday as a wave of new cases has disturbed hospitals and the desperate families to seek oxygen supplies and medicines in the capital. Have brought the streets to LA. In this large country with a population of 130 crores, the number of infection cases and deaths are increasing rapidly. In contrast, America and some European countries are taking many temporary steps to return to normal life.

Also read- To prevent domestic violence in this country, training being given from plumber to electrician, will know the truth from the walls

WAG 12B are revolutionising freight motion in Indian Railways! Check options of this 12000 HP locomotive

WAG 12B Locomotive: Indian Railways WAG 12B locomotive is enjoying a serious function in revolutionizing…

Bourne Leisure founders check back into Butlin's in £300m deal