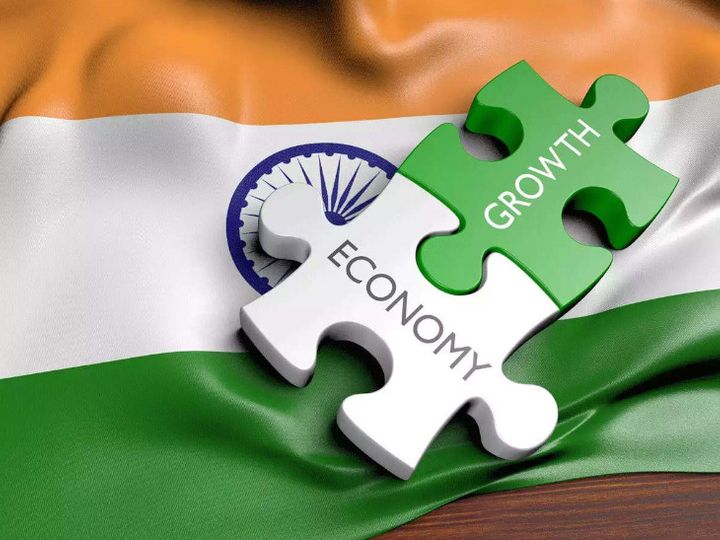 Economists are now looking more worried than two months ago. RBI has predicted a 9.5% decline in the current financial year.

The Indian economy will witness a major decline in the current financial year (FY 2020-21). The recently announced stimulus package by the government to accelerate the decline in economic activity due to the coronavirus epidemic will prove insufficient. This has been said in a Reuters report prepared on the basis of interactions with economists.

Corona infection cases in India have crossed 77 million. India remains the most infected country in the world after America. Right now, there are no signs of it diminishing. The government has lifted most restrictions on businesses to reduce the economic impact of Corona. Despite this, the Reserve Bank of India (RBI) has released gloomy economic projections. However, even after rising inflation, the RBI has not made any change in monetary rates.

Not much recent package to accelerate the economy

The report said that most economists are now looking more worried for the current fiscal year than they had anticipated two months ago. 90 percent of economists say that the recently announced stimulus package by the government will not be enough to accelerate the economy. In order to accelerate the demand, the government had announced a stimulus package of about $ 10 billion to 73 thousand crore rupees last week.

The rule of thumb is that as much as GDP grows, the market will return twice as much: Rajiv Bajaj

New measures will have less impact on growth

HDFC Bank Senior Economist Sakshi Gupta says the measures adopted for consumer spending and capital expenditure are quite innovative. But in terms of growth, they will have very little impact in the current financial year. The Indian economy was projected to decline by 10.4 per cent and 5 per cent respectively in the third and fourth quarters, after falling 23.9 per cent in the April-June quarter. At the same time, a decline of 9.8 percent was estimated in the current financial year ending 31 March 2021. Which is higher than the RBI’s latest estimate of 9.5 per cent decline.

9% growth forecast in next financial year

However, most economists have forecast a 9 per cent growth in the Indian economy in the next financial year. At the same time, 5.7 percent growth is estimated in FY 2022-23. Economists say that it may take at least 1 year for India’s GDP to reach the pro-covid level. IDFC Bank’s Chief Economist Indranil Pan said that job cuts and salary cuts could slow demand for long.

Bangladesh will overtake India in per capita GDP, Indian economy in worst phase since 1991: IMF report

GDP growth in the current financial year – estimated at 7.9 percent

Based on the Economy and Business Momentum Index, the PHD Chamber of Commerce and Industry (PHDCCI) has stated that GDP growth could be -7.9 per cent in the current financial year. However, 7.7 percent GDP growth is projected in FY 2022. The PHDCCI report states that 21 out of 25 major economic and business indicators have indicated significant recovery. However, credit distribution remains a major challenge for industry and service sectors.

The International Monetary Fund (IMF) has recently forecast a 10.3 per cent decline in the Indian economy due to Corona. However, the IMF has stated an 8.8 per cent growth rate in the next financial year. The IMF said that China’s growth rate could be 8.2 percent next year. Thus India can become the fastest growing economy. The IMF has rated China’s economic growth as positive only in the current financial year.

The world is going through the worst economic phase

Recently, the World Bank said that after 1930, the whole world is now going through the worst phase of economic recession. At the same time, Corona is proving to be the most destructive to poor and developing countries. World Bank President David Malpas said that in the economic downturn, there is an increasing risk of risk in many countries. David Malpas said that this recession is very deep. This is creating more trouble for those who are too poor.

If you’re seeking to begin the vacation season with a terrific, multipurpose kitchen equipment that…

Benelli and Keeway eye India as a producing hub

IRCTC started new facility, now your money will be refunded in minutes on cancellation of train ticket

Internet ticketing website is currently one of the largest e-commerce websites in Asia Pacific. So…