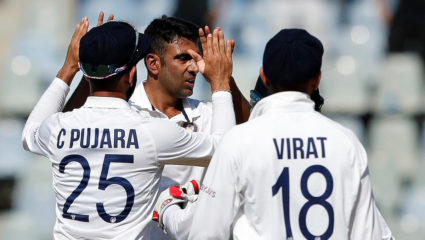 Johannesburg: India will get a chance to create history in the new year when Virat Kohli’s team, which is dominated by multiple match winners, will aim to win the first Test series in the country by defeating South Africa in the second Test, starting here on Monday. After demolition of South Africa’s fort at Centurion in the ‘Boxing Day Test’, India will now look to register a victory in Johannesburg, which is considered the ‘home’ of the Indian team outside the country.

This is where the foundation of one of India’s best Test team was laid in 2018 when India defeated the hosts on a very difficult pitch and Team India got the confidence to take on the top teams and beat them on their own ground. The Indian team has been performing effectively on foreign soil for almost four years and the team has no intention of stopping. A Test win at the Wanderers would cement Kohli’s status as one of the country’s greatest captains in the traditional format, having won series in any of the four army nations (South Africa, England, New Zealand and Australia) excluding New Zealand.

South Africa is going through a phase of change after the departure of many legendary players and India will not have a better chance of winning the Test series. It will not be easy for the current South African team to challenge India but the hosts have fast bowlers like Kagiso Rabada and Lungi Ngidi who can single-handedly destroy the opposition team’s batting order. Wicket-keeper batsman Quinton de Kock’s retirement from Test cricket at the age of 29 has dealt a blow to South Africa and will further weaken the team’s batting order.

Twenty-five-year-old Ryan Rickleton is set to make his second Test debut but even if he manages to make an impact, it will not be easy for him to take on pacers like Jasprit Bumrah and Mohammed Shami against the Red Kookaburra. Duane Oliver, who was ruled out of the first Test due to a hamstring injury, is expected to replace Viaan Mulder but his road ahead will not be easy against India’s strong batting line-up. Personally, Kohli must have breathed a sigh of relief in the first Test as the Indian Cricket Board has decided that he is no longer the board’s favourite, following a spat with President Sourav Ganguly.

Kohli has failed to score a century for more than two years and his eyes will be on ending the drought. Kohli did not face the media before and after the first Test and now head coach Rahul Dravid is once again playing the role of ‘The Wall’. Dravid’s role is to calm the atmosphere. He has already made it clear that he will not talk about the internal affairs of the team. The head coach has once cooled matters and is expected to confine the discussion to cricket once again at his press conference on Sunday.

India’s playing XI is unlikely to change due to Kohli’s willingness to go with five bowlers. India had lost a point in the World Test Championship table due to slow over-rate and Ravichandran Ashwin will be a key part of the bowling line-up with four fast bowlers on a fast-bowling pitch. Shardul Thakur is the weakest link in the bowling order. Umesh Yadav is more dominant than him but the Mumbai all-rounder’s ability to pick up wickets at crucial times and better batting make him a strong contender for a place in the playing XI.

On a lively Wanderers pitch, Umesh would not be a bad choice even if it required playing extra batsmen, which is not Kohli’s way. As far as the batting order is concerned, if a batsman is not unfit, there is little chance of it changing. All five specialist batsmen and wicketkeeper Rishabh Pant will once again be a part of the playing XI.

Cheteshwar Pujara and Ajinkya Rahane will not be dropped from the team as of now as Dravid wants to give them enough chances to succeed, only after which Shreyas Iyer and Hanuma Vihari will be considered. Big innings are awaited from the three big players and if these two return to form together then it will be nothing less than a nightmare for the hosts.

The teams are as follows:

British financial institution HSBC has recorded pre-tax income of $6.5bn within the third quarter of…

After all, why KIA Motors cars are special, Seltos, Sonet and Carnival sold more than 1 lakh in just 6 months

The company has benefited a lot from its early cars here in India. In such…

In the information sent to the stock exchange, the company said that its consolidated operating…

Strange: The doctor himself used to give pain to the patients, then used to do such disgusting work..

file new Delhi: In our country, the doctor is called the form of God, because…