Imam Khan of Pakistan enjoyed the fun of his Prime Minister, trolled on his ‘breakfast habit’ 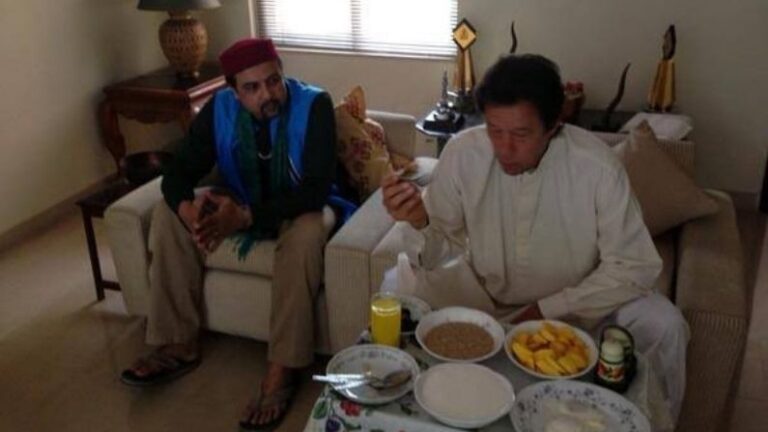 A few days ago, a picture of Pakistan Prime Minister Imran Khan (Pakistan PM Imran Khan) went viral on Twitter. On which people started giving different kinds of feedback. While some people wanted to know about his diet, some people did not like Khan’s way of eating food like this. He was having dinner talking with a man. Which is not considered a good habit, but Imran Khan has done such a thing many times before. Whose pictures are shared by people? In one picture, he is seen eating food while talking to the reporter.

Pakistan’s Twitter users could not stop themselves from commenting on the food of Imran Khan. It can be inferred from the pictures that their breakfast often includes eggs, mango or milk or all three. The whole affair started when a Twitter user tweeted the pictures of Imran Khan and wrote that Imran Khan has a strange habit of eating mango, curd and eggs together for breakfast while talking to someone.

Awam did a troll

Journalist Gharida Farooqui is seen taking photographs of Imran Khan in pictures many years ago. He wrote with Sad Emoji that he could not get breakfast. Many users also advised Imran Khan to ‘Share is caring’. See also how the people of Pakistan enjoyed their Pakistan-

Imran Khan has this inexplicable habit of eating a strange combination of mango slices, yogurt and eggs for breakfast while somebody else watches him eat. pic.twitter.com/0RWudQYbHM

The only thing I find weird about this is that his guests aren’t eating? 🤨 https://t.co/LOJLFrzAUZ

I’ve seen over 100 Aik Din Geo Kay Saath shows but @ImranKhanPTI was the only host who didn’t serve food to @suhailswarraich and chose to eat alone. Is it frugality or a lack of hospitality? #AikDinGeoKaySaath pic.twitter.com/IKl01PHB35

But sharing is caring https://t.co/uZSg4tTOvn

Also Read: The massive black hole in the Universe is moving at a speed of 1.1 million miles per hour, what is the reason

PLAY AUDIO RANGE: These sound good, so do the worth tags

PLAY, co-founded by Vikas Jain (co-founder of Micromax), has moved aggressively into the high-growth units…

Heat turn into road warriors with 119-98 blowout of Blazers, before moving on to take on Warriors

All it took was a six-hour flight, the change of three time zones and the…