ICC made a big change in the rules of T20 cricket, brought new provisions of punishment 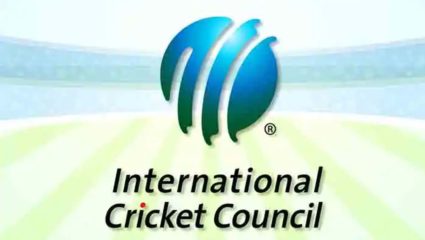 ICC International has introduced a new provision of punishment for slow over rate in T20 matches, in which penalty will be imposed. Under the new rules, drinks interval has also been arranged during T20 matches.

The ICC has said that the rules of over rate are already fixed. In such a situation, the team bowling under them should be ready to bowl the first ball of the last over in the stipulated time, and if a team is not able to do it on time, then the penalty imposed against that team has been amended.

According to the new rule, if a team is not ready to bowl the first ball of the last over within the stipulated time, the fielder who is fielding outside the 30-yard radius for the remaining balls at that time is reduced. Must be placed within a radius of 30 yards. It is worth noting that according to the earlier rules, except for the power play, the team fielding for the rest of the time could keep its 5 fielders outside the circle of 30 yards. If a team delays in bowling an over, they must now keep one of their fielders within 30 yards at the last minute.

Section 2 of the ICC Code of Conduct Section 2.22 for the players and support staff playing in the match. There has been no change in the ICC’s rule for slow over rate under 22. In this, there is a provision of demerit points and financial penalty against the team in addition to the team captain.

The ICC said in its statement, “Section 13.8 of the Terms and Conditions of Play contains the rules of over speed, under which the fielding team must bowl the first ball of the last over within the stipulated time. Failure to do so will result in the reduction of a fielder standing outside the 30-yard radius for the rest of the innings.

According to the notification issued by the ICC, arrangements have been made to take no ‘drinks interval’ of T20 international matches. It is worth noting that these new rules amended by the ICC will come into force from this month. It has been told that the team will have the freedom to take a drink interval of two and a half minutes during the match.

Work started on the idea given by the wife, today the empire of crores has spread across the country