‘I am not Mehul Choksi’s GF, the fugitive businessman was planning to escape to Cuba’, Babara Jarabika made a sensational disclosure 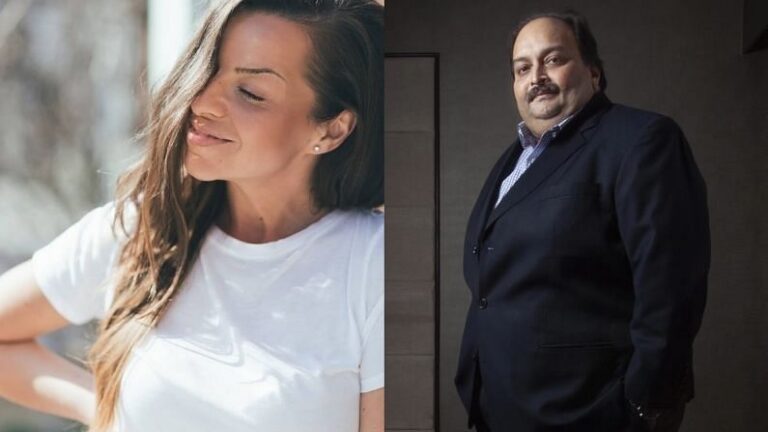 Barbara Jabarica revealed that Mehul Choksi had told her that they would meet in Cuba next time.

Fugitive businessman Mehul Choksi’s alleged girlfriend Barbara Jabarica has made a new disclosure on Wednesday. Talking to news agency ANI, Jarabika told that Choksi was planning to flee to Cuba. Jarabika has also made it clear that she is not Choksi’s girlfriend. She says that she herself earns money and does her business. It is worth noting that Choksi is currently lodged in Dominica’s jail. At the same time, on Wednesday, the hearing on Choksi’s bail plea was adjourned till June 11.

Talking to NNI, Babara Jarabika revealed that Choksi had told her that they would meet in Cuba next time. Jarabika said, ‘Mehul Choksi never used words like escape or shared any such plan with me. However, he asked me twice if I had ever been to Cuba. He also told me that next time we can meet in Cuba. Choksi never revealed the escape plan but I am sure Dominica is not his last destination. But if you ask my opinion, the maximum I can say with certainty is that Cuba could have been her last destination.’

Fugitive businessman used to meditate to drive away fear

Jarabika said, ‘Choksi gave many signs and messages with examples of yachts. In my opinion, if he had gone to other islands in the Caribbean or Cuba, he would have been planning for the next phase. He was meditating a lot and last month someone from New York came to meet him. During this time he also had his own guru. He meditated and then during breakfast on Sunday, Choksi told me that he was practicing to escape the feeling of fear. But he was kidnapped the same day. Jarabika has claimed that the fugitive was about to flee to Cuba, but Choksi’s family and lawyers say he was abducted and that Babara was involved.

What did Jarabika say if she was involved in Choksi’s kidnapping?

Regarding the hand in the kidnapping of Choksi, Jarabika said, ‘I have been reading the news since this week. I am reading very strange news, but when you see initially the statements of Choksi’s lawyer and his wife, they have said that he was going to Jolly Harbour. He was going to have dinner. I think this is the first statement in which he accused Antigua police. A few days later, he told the hand of Indian agents in Choksi’s disappearance. Then it was said that I framed Choksi. Choksi was implicated in the honey trap and the police knew.

Babara Jarabika said, ‘I think they are just changing stories. In fact I am very shocked and speechless. I am trying to understand why they want to bring me in this story. Why are they using my name? Was it really a plan to do this from the beginning or was it just a backup plan? They think this story can be used because I was in this area?’

Heatwave: Crop losses to be massive; wheat and greens hit probably the most

The central government has made a big change in the rules of ex-gratia payment. (symbolic…