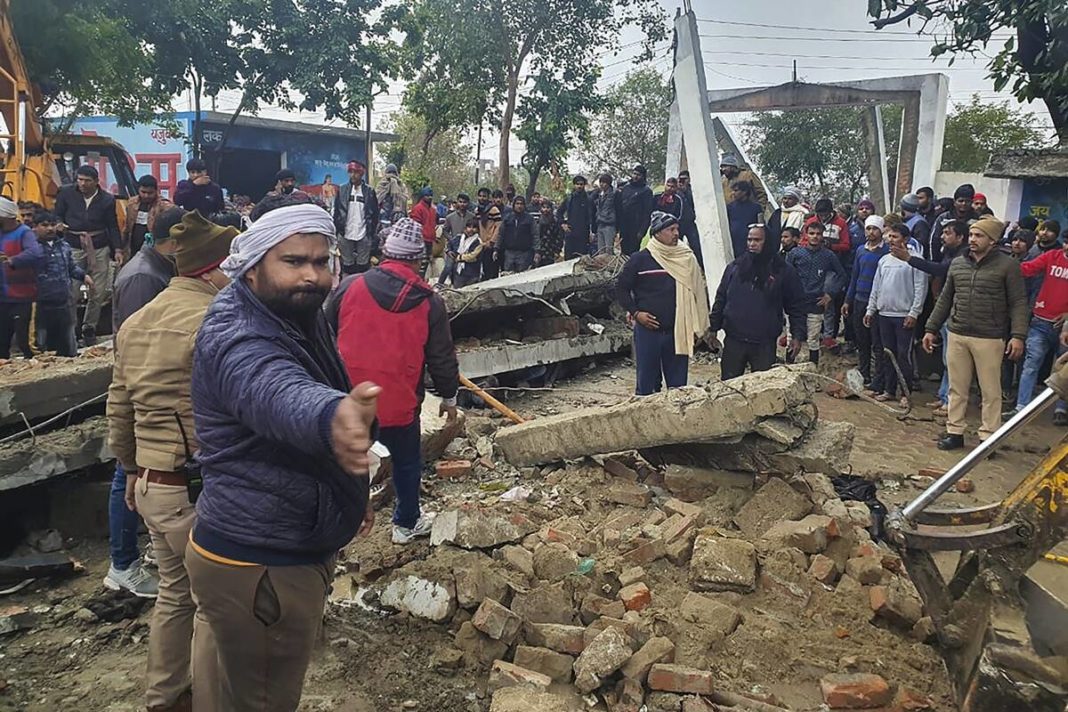 The roof of a cremation site collapsed in Ukhlarsi village of Muradnagar in Ghaziabad, Uttar Pradesh on Sunday. So far 21 people have lost their lives in this accident. At least 20 people have been injured. The administration has started the investigation in this matter and has assured to take strict action against the culprits. The roof at the cremation site collapsed when the funeral of a deceased was going on there.

Most of the victims of the accident are relatives of the deceased. Due to rain, people stood under him. A team of National Disaster Response Force (NDRF) was also sent to the accident site. Rescue work went on for hours. The injured have been admitted to various hospitals. Officials say that the number of injured could also be more as some of their relatives took them from the accident site.

Uttar Pradesh Chief Minister Yogi Adityanath, President Ram Nath Kovind, Prime Minister Narendra Modi and Defense Minister Rajnath Singh have expressed grief over the deaths of the people in the accident. UP Chief Minister has announced financial assistance of Rs 2 lakh each to the family of every person who died in the accident. Along with this, the Divisional Commissioner of Meerut and the Additional Direct General of Police have been asked to submit the report of the accident.

Several other senior officers of police and administration including MP and Union Minister VK Singh from Ghaziabad arrived at the scene. Uttar Pradesh Health Minister Atul Garg met some of the injured at the government hospital.

Realme C21Y smartphone will be launched today at 12:30 pm, know price and features

2 players gave a return of 6% in just 3 days in the game of share market, today said bet