Germany will return 440 ancient Bronze statues to Nigeria after 125 years, but why took this decision after so long? 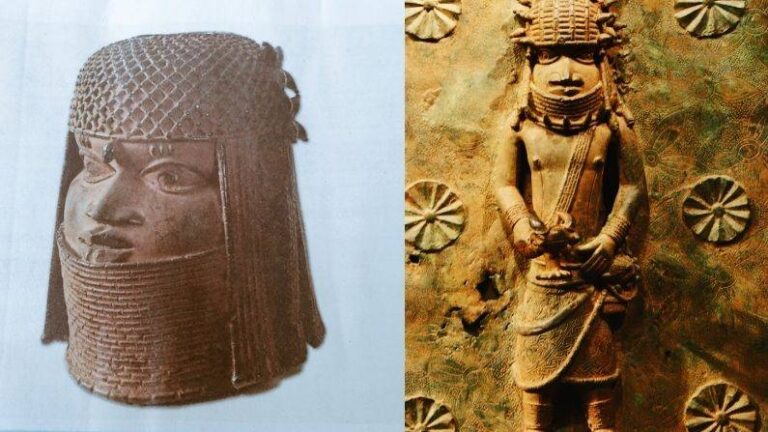 The Cultural Minister of Germany has announced that whatever items they have associated with such artifacts will be returned to Nigeria.

Germany Will Return 400 Ancient Benin Bronzes to Nigeria: After 125 years, Germany is going to do what it should have done in the first place. He (Germany) is to return 440 ancient Benin Bronzes to Nigeria, which was looted by British soldiers during the colonial period. In fact, after the assassination of a black citizen George Floyd in the US, there was a Black Lives Movement around the world, after which the demand to return these idols back home also gained momentum. For this, phones started coming in museums and universities in America and Europe. During the capture of Benin city of Nigeria in the year 1897, British soldiers looted these artifacts from among the highest works of African art.

Now Germany’s cultural minister Monika Gruetters has announced a day before that whatever items they have associated with such artifacts will be returned to Nigeria. He clearly stated that it was a treasure that was stolen from the descendants of these people. Initially, the goods will be sent in 2022 next year. Some universities and British institutions have also decided to send back the stolen goods.

The University of Scotland has said that these bronze statues were snatched under ‘malleable conditions’. Now the pressure is on to return the goods to Britain’s museum, which has hundreds of such pieces. The museum has so far not said anything about his decision to return the sculptures, but has formed a Benin Dialogue Group together with other museums. In which this stuff will be discussed for exhibition in Benin city. All this stuff belongs to the 13th century, which adorned the royal palace of the empire there. But after conquering the city, these goods were looted.

England had sold the idols

Then it was sent to England and later sold to other colonial powers like Europe and America. Berlin’s Ethnological Museum has 530 such historical items. In which these 440 bronze sculptures are also included. Which is also considered to be the most important collection of the British Museum (Ancient Benin Bronze Sculptures). Around 180 statues are yet to be displayed this year at the Humboldt Forum in Berlin, a new museum complex opened in December. Nigeria’s ambassador to Germany Yusuf Tuggar also demanded the return of these valuable statues of Kansa.

Also read- Knock of the next pandemic! Scientists have discovered the place where the next ‘virus’ can spread

Also read- After all, when will the world be free from the corona virus crisis? Scientists gave the answer in the latest research

Instagram gave these 2 tremendous features to users doing live videos, know how you can use it

This feature of Instagram has been launched globally for Android and iOS users. The advantage…

The eyes of the police on Valentine’s Day, don’t be expensive, express love

FOXBORO — Who would be the Patriots’ beginning quarterback on Sunday? After three days of…

Elizabeth Warren urges feds to get MBTA ‘back on track’

U.S. Sen. Elizabeth Warren is searching for federal transportation officers to ship on their promise…