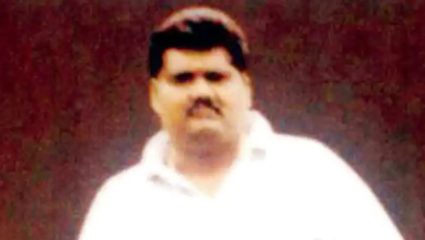 Mumbai: The havoc of Corona continues in Mumbai. Amidst the increasing cases in the city of Corona, now many front line workers are also coming under the grip of this dangerous virus. Many policemen are also included in this. In such a situation, there is news of gangster Suresh Pujari being Corona positive in Mumbai. It is being told that after Suresh Pujari’s corona test report came positive, he has been admitted to the hospital.

According to news agency ANI, gangster Suresh Pujari has been found corona positive after which he was admitted to a hospital in Mumbai. He is currently in the custody of the Mumbai Anti-Terrorist Squad (ATS) in an extortion case.

Gangster Suresh Pujari hospitalized after testing positive for COVID. He is currently in Mumbai Anti-Terrorism Squad (ATS) custody in connection with an extortion case: Mumbai ATS

According to a report, Suresh Pujari was also wanted in cases of extortion in Thane, Kalyan, Ulhasnagar and Dombivli near Mumbai. Intelligence officials and officials of the Central Bureau of Investigation took him into custody after he landed at the New Delhi airport.

After the budget, these stocks filled the pocket of investors, giving up to 150% returns in 1 month