From beard cutting to IPL and kite flying ban, read the full list of decrees issued by the Taliban government 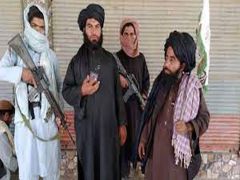 Since the capture of Afghanistan, the Taliban has been saying that this time its government will give many concessions to the common people and will not enforce strict laws. But there are reports of human rights violations and barbaric treatment of people from many states of Afghanistan. The Taliban have banned barbers from shaving or shortening beards in the Afghan province of Helmand. He says it violates his interpretation of Islamic law.

The Taliban says that any Afghan who violates this rule will be punished severely. Some barbers in the capital, Kabul, have said they have received similar edicts. Since coming to power on August 15 this year, the Taliban regime has issued several decrees against women, Afghan culture and traditional entertainment.

The whole world is enjoying the second phase of IPL 2021 running in UAE at this time, but Afghanistan is the only country in the world where IPL matches are not being telecast. Yes, the matches of IPL 2021 are not being telecast in India’s neighboring country Afghanistan because the Taliban government there has banned the telecast of IPL league matches.

The Taliban has called the IPL illegal against Islam and believes it has objections to the cheerleaders in the IPL and women without head coverings in the stadium. The Taliban considers this to be against Islam and does not want any wrong message to be spread in Afghanistan.

The Taliban have banned listening to music and female voices on television and radio channels in Kandahar province. Some media organizations had removed their female anchors after the Taliban took over Afghanistan on 15 August. Reports also stated that several female staff members were turned back from office. However, the Taliban have assured that they will continue to employ women and allow them to continue their studies under Islamic law.

A month after the Taliban took power in Afghanistan, music has kind of disappeared in the country. The Taliban destroyed a piano and drum set at the National Institute of Music in Kabul. Photos shared by singer Aryan Khan show his damaged piano and broken drums. In addition, many wedding halls are not including music in their celebrations for fear of the Taliban.

Not only this, according to an official of the radical Islamist group, under the new Taliban government, Afghan women, including the country’s women’s cricket team, have been banned from playing any sport. Ahmadullah Wasik, deputy head of the Taliban’s Cultural Commission, said in an interview that women’s sport was neither considered appropriate nor necessary. She said that I do not think that women will be allowed to play cricket, because it is not necessary that women play cricket.

The Taliban has also outlawed kite flying on the grounds that it distracts youth from prayer and other religious activities. Due to the fear of the Talibani government, the kite business has completely ended in Afghanistan. The business of kite flying used to make a living for thousands of families, who are now on the verge of starvation. Apart from this, the Taliban have imposed many more sanctions.

The mood of consolidation in the market today, know the trading ideas of Shivangi Sarda of Motilal Oswal

10,000 discount on Apple MacBook Air, know what is the offer