From a famous singer to a spiritual healer, the reason behind this is very inspiring 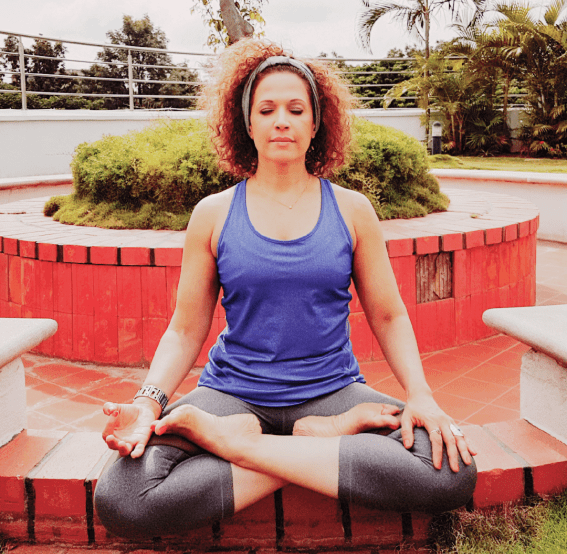 In the last two decades, the Indian economy has seen a massive change in terms of consumerism, the race to live a material-rich life has also intensified. Our everyday struggle for financial success, fame, and stature has completely destroyed our inner peace. By the time we realize the severe damage to our mental peace, we have reached a state of depression. Our materialistic approach often requires extreme peace – a thing that cannot be bought with money.

Avril grew up in a traditional Roman Catholic family in Mumbai and moved to Bangalore in 1992. He began singing for jingles at the age of 16 and graduated from St. Joseph’s Arts and Science College in 1996. At such a young age Avril used to earn 1000 rupees a day from her singing. Also, he teamed up with a person named Ravi Shenoy to create the famous Café Coffee Day tagline ‘A Lot Can Happen Over a Coffee’, however, both of which never got any credit for the work.

In 1998, Avril moved to Mumbai and started working with Magnasound. By 2002, Avril travelled to many places around the world to sing. She married Peter Järvinen, a Finnish record producer, but divorced in 2005 due to irrelevant differences. Avril used to do live shows at Five Star Hotels and was included in the list of top-paid singers of the time.

Although he did an exceptionally good job and also tried to start some good projects in Bollywood, with each passing day he began to understand the ups and downs of working in the film industry, ‘casting couch was one of them ‘- The film industry he contemplated was full of negativity. Avril continued her music career without a chance from Bollywood and went on a long journey. The Pranic Healing Foundation, based in Bengaluru, gave him the Pranic Healing Certification and was personally praised by the founding Grand Master Choa Kok.

There was a turning point in Avril’s life when his father had cancer. His father’s health condition put his life in difficult times financially and emotionally. This was the time when he realized the seriousness of the relationship built in the music industry. In this difficult situation, they did not get any support. This difficult time taught Avril the lesson of being self-sufficient. He felt that when we rely too much on people for emotional support at a critical time, we are at serious risk of lacking mental strength if we do not meet them later. It was a difficult time for Avril when he decided to strengthen himself spiritually and mentally.

Avril began learning spiritual healing techniques and embraced Buddhism to learn Tibetan techniques. He also acquired some clients from the US and UK and continued his learning. Avril sang ‘The Heart Sutra’, the most important Buddhist sutra in Sanskrit in front of the Dalai Lama, and the distinction of being the only woman in Tibet to sing in a Buddhist temple in front of 4000 monks and nuns.

In the year 2017, he left the music industry and started his company “Avril QS” and developed his new technique for healing “Qundaliniplus”. The method consists of 4 different protocols that provide customers with a comprehensive solution with the help of ancient Indian and Tibetan treatment methods as well as modern Western medicine techniques. The techniques of Kundaliniplus include many other methods along with the famous Kundalini yoga techniques for performing spiritual, mental and physical healing. Avril has helped over 1000 people from over 5 countries through workshops and customized therapy sessions.

Read: Meet Bindu Chopra, who started natural skincare startup ‘Ahad’ from her home at the age of 55

Supreme Court orders Franklin Templeton to return the money of the unitholders in 20 days, this is the case

The hassle of remembering multiple user IDs and passwords is over! ICICI Bank launched a special feature