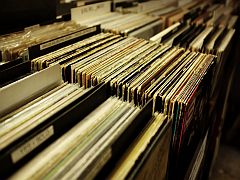 The leak of financial records, called the Pandora Papers, has exposed the assets of hundreds of politicians abroad, including current and former top leaders in many countries. These include leaders from Asia to the Middle East and Latin America. The International Consortium of Investigative Journalists (ICIJ) has obtained around 1.19 crore confidential documents from 14 legal and financial services firms.

Some of these big revelations are as follows –

Jordan’s King Abdullah II purchased 14 luxury residences for $105 million using an accountant in Switzerland and lawyers in the British Virgin Islands. These include a property in California, USA, worth about $ 23 million. Jordan relies on foreign aid to help its countrymen and settle millions of refugees. King Abdullah told the ICIJ that he was not required to pay taxes under Jordanian law and that he had never misused government funds.

Zydus Cadila’s COVID vaccine may arrive by October 15, in the final round of tests

The Aliyev family, which is in power in Azerbaijan, has carried out property transactions in the UK in recent years worth about $54 million. Among them, the Crown Estate of Queen Elizabeth of Britain has also bought a property from this family for about $ 91 million.

America has suffered a major setback due to the Pandora Papers leak. South Dakota and Nevada, as well as some other states in the US, have adopted financial secrecy laws, increasing the number of foreign leaders buying property in these states. A former vice president of the Dominican Republic has created several trusts in South Dakota to hold his personal assets.

Many leaders close to Pakistani Prime Minister Imran Khan have bought properties abroad. These include current and former cabinet ministers. This may add to the troubles of Imran as he came to power with the promise of freeing Pakistan from corruption. Imran has been continuously accusing the opposition leaders of corruption.

Former British Prime Minister Tony Blair and his wife saved about $422,000 using an offshore company and bought a property in a posh area of ​​London for about $9 million. The family of a Bahrain minister also has a stake in this property.

Mukesh Ambani’s company will give 10 lakh jobs in 3 years, announced itself