For the first time, players were awarded the ‘Virtually’ National Sports Awards 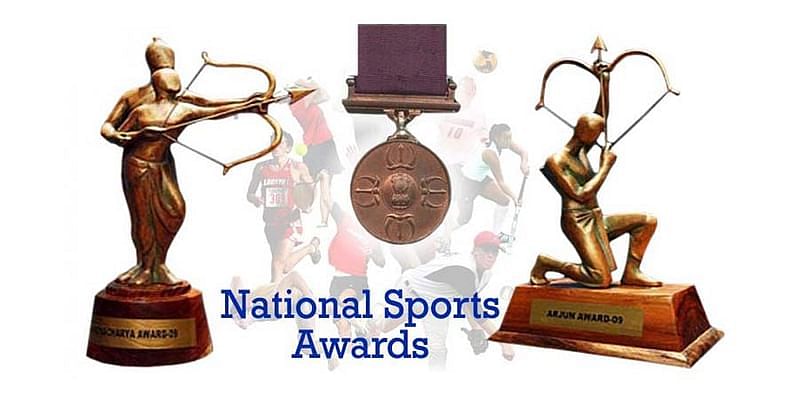 New Delhi, President of India Ramnath Kovind awarded the annual National Sports Awards to the players of the country who performed brilliantly in the event organized online due to the COVID-19 epidemic which ‘logged in’ from many cities.

This year 74 players were selected for the National Award, five of which were awarded the Khel Ratna and 27 for the Arjuna Award. Of these, 60 players took part in the virtual event from 11 centers of the Sports Authority of India.

Cricketers Rohit Sharma (Khel Ratna) and Ishant Sharma (Arjuna Award) could not attend the ceremony as they are in the UAE for Indian Premier League commitments while star wrestler Vinesh Phogat (Khel Ratna) and badminton player Satwikasiraj Rankereddy (Arjun Prize) had to withdraw from the ceremony after being found COVID-19 positive.

Manika from Pune while Thangavelu and Rani ‘logged in’ from Bangalore Center of Sports Authority of India.

President Kovind praised the participating awardees, whose names were called and stated their achievements. However, there was a shortage of the Durbar Hall of Rashtrapati Bhavan, where the ceremony is held.

Before the commencement of the ceremony, Sports Minister Kiren Rijiju said,

“This is the first award ceremony during COVID-19 in which the President has been present.”

This year the players’ cash prizes have been increased. This morning, the prize money of Khel Ratna has increased to Rs 25 lakh, which was earlier Rs 7.5 lakh.

22 players went online to receive the Arjuna Award, they have given Rs 15 lakh, which is Rs 10 lakh more than before.

The Dhyanchandra Awardees have given Rs 10 lakh instead of five lakh.

The first protocol in the 44-year history of the award was due to the stringent protocol of COVID-19 when winners, guests and dignitaries could not gather at the Durbar Hall.

In the regular category, five including hockey coach Jude Felix and shooting coach Jaspal Rana were awarded the Dronacharya Award.

A tragic incident occurred on Friday when Dronacharya (lifelong) winning athletics coach Purushottam Rai died in Bengaluru due to a heart attack.

This year the Dhyanchand Award has been given to 15 coaches including Sukhvinder Singh Sandhu (Football), Trupti Murgunde (Badminton) and Nandan Bal (Tennis).

Golfer Aditi Ashok and former footballer Sukhwinder Singh Sandhu could not take part in it as they are out of the country.

All the protocols related to health and safety were followed keeping in mind the guidelines of the Ministry of Health at the centers. Rather, the award winners were seen wearing PPE kits.

Each award winner had to undergo a COVID-19 investigation before coming to the center as directed by the Sports Ministry.

How many crore rupees will the country suffer due to the strike of banks?

careful! Delete these 8 apps from your phone immediately, otherwise Joker will steal all your information