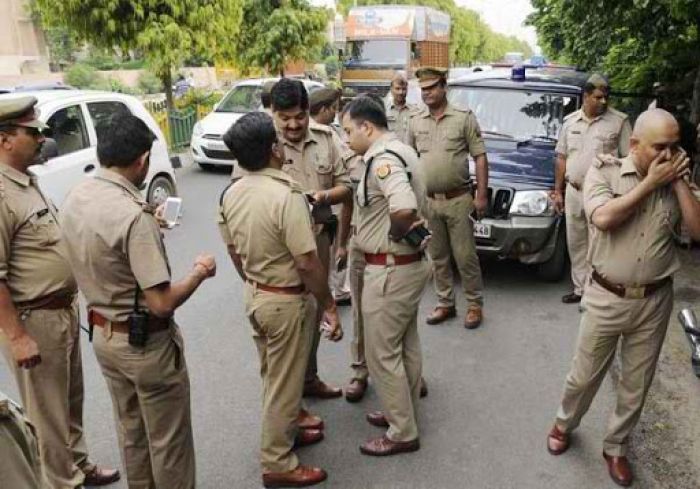 UP: The Uttar Pradesh Police has filed an FIR against Sachin Gupta, son of Bharatiya Janata Party leader Sanjeev Gupta, for printing books of the National Council of Educational Research and Training (NCERT) worth Rs 35 crore. So far 12 people have been arrested in the case, while Sachin is still absconding.

The state’s Special Task Force (STF), along with the police, exposed the scam in Meerut district, where they seized six printing machines from the godown. “Sachin Gupta owns a warehouse in Achonda in Bhagalpur and a printing press in Mohammadpur. He is currently absconding and efforts are being made to arrest him. STF DSP Brijesh Kumar Singh said that soon after the raid, the police officers spoke to Sachin on the phone and he said that he was coming with the papers of books but did not come later and switched off his mobile too.

STF sub-inspector Sanjay Solanki has also registered a case against five others including the plant supervisor and Sachin Gupta at the Partapur police station under various sections of the Indian Penal Code. During preliminary investigation, it was found that these duplicate books were published and sold in several states including Uttar Pradesh, Uttarakhand, Haryana, Delhi. Most of the books are for Physics, Chemistry and Mathematics from classes 9-12. About 364 types of fake NCERT books of NCERT and others were printed in this factory.

Investigating officers also came to know that Sachin has been involved in printing fake books of UP board earlier. However, it is still unknown whether any action was taken in that case. NCERT government books are available to retailers at 15 percent commission and their printing center is only in the national capital. To get genuine books, retailers have to pay the full amount in advance, while duplicate booksellers are available at a 30 percent commission, with no advance payment. The gang also includes wholesale and retail book sellers.

Taking a sarcasm at the BJP leader, Samajwadi Party chief and former Chief Minister Akhilesh Yadav tweeted on Saturday and wrote, “The BJP that changes the education policy must first teach its leaders moral lessons, which are involved in fraud Fake books worth crores of rupees. The truth of people indulging in fake honesty is now revealed. ”

BJP, which changes the education policy, first taught moral education lessons to its leaders who are involved in the fraud of crores of ‘fake books’ worth crores.

The truth of the people clad in fake honesty is now revealed.

Poco M3 Pro 5G will be launched in India tomorrow, the price may be around 15 thousand

Dharmendra Pradhan told how to reduce the rate of petrol and diesel, know how much the impact of a dollar increase