FD scam in 3 departments of ZP: CEO suspends clerk, FIR will be registered against others 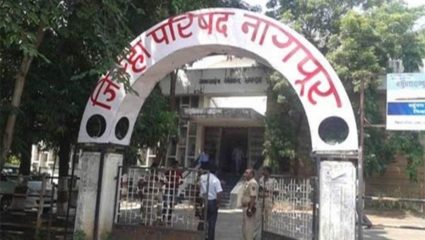 Nagpur. Amidst the echo of the FD scam in the water supply department of the Zilla Parishad with the connivance of the operator of Nanak Construction and some officers-employees, Zip CEO Yogesh Kumbejkar had constituted a committee to investigate such irregularities in other departments. It has been revealed in the report of that committee that there has been FD scam in 15 contracts in water supply, minor irrigation and dams department. As soon as the report was received, the CEO has suspended the junior clerk of Laghu Irrigation Department, Gajanan Itankar with immediate effect and directed the concerned department heads to register a case against all the concerned in the police.

There has been a stir in the Zilla Parishad since the FD scam was exposed in 3 departments. This type of scam was first exposed by Nanak Construction. To take the contract of any work, security amount (FD) has to be filled, which can be withdrawn by the contractor only after getting the NOC of completion of the work, but in connivance with the officials, the contractor will deposit the Xerox of the FD deposited for one work and do other work. also take the contract. By doing this, contracts worth several crores were being taken from a single FD. A proposal to blacklist Nanak Construction has been sent to the state government.

After the FD scam came to light, the CEO had constituted a 7-member inquiry committee under the chairmanship of DRDO’s project director Vivek Ilme. The committee examined the contracts taken by the contractors in the year 2019 and 2020-21. Similar FD scams have been exposed by more than 15 contractors. By depositing Xerox of one FD, these contractors took many works. According to the information, these contractors have played this game in connivance with the corrupt employees of the three departments. For all the contracts that have been investigated, FDs of more than Rs 30 crore have not been done at all.

Due to this, the ZIP administration has suffered a loss of interest of about 12 lakh rupees. It is only of the minor irrigation department whose clerk Itankar was suspended. The source has even claimed that in the Dam Works Department alone, 13 lakh rupees have been defrauded in the same manner. The CEO has given instructions to register an FIR against all the concerned contractors, due to which there has been a stir in the contractors and the department as well.

Meet these 5 social workers, whose efforts are bringing big change in the society

Now announce WhatsApp Covid-19 helpline in this city, help will be found in hospital beds