Exercise to bring normal life back on track in MP 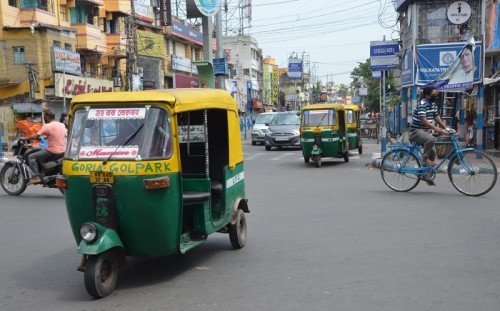 Efforts have been intensified to bring back the life of the common man affected by the corona infection in Madhya Pradesh. While Purnbandi is being reduced continuously, permission is also being given to open Yoga Center to Gymnasium etc. There is a growing trend in markets and offices, while the recovery rate of corona victims in the state has crossed 75 percent.

Corona infection in the state has taken hold from common to special. The state government is constantly taking precautionary measures to prevent infection. People are being advised to use masks with the implementation of social distancing. Action is being taken against those who do not apply masks. The state currently has 9,105 active patients.

Except Indore, Bhopal, Jabalpur, Gwalior, Ratlam, the number of patients is not increasing rapidly in the state. Indore and Bhopal are the only two districts where there are active patients between one and a half thousand to two and a half thousand. At the same time, between five hundred and one thousand patients are active in the two districts Gwalior and Jabalpur. There are 32 districts in the state where the number of active patients is currently less than a hundred. So far 1033 patients have died due to this disease.

Amid changing circumstances, based on the guidelines set under the corona in the capital, the district administration has decided to allow the opening of yoga centres and gymnasiums, etc. On the other hand, on Sunday only one day of the week has been made a provision for full closure. has gone. Previously, this Purnabandi used to take place on Saturdays or Mondays except for Sundays. At the same time, the curfew is in force from 10 am to five in the morning. Currently, educational institutions are closed.

Efforts are being made by the government to increase awareness about the corona. For this, a special campaign will be started on August 16. Due to the normal circumstances, while the markets, offices etc. have returned to the streets, efforts are being made to stop the crowd. Due to this, the government has decided that the upcoming Ganesh Utsav, Moharram, Janmashtami etc. festivals in the state will not be celebrated in public. Ganesh idols will not be able to be installed in public and processions and refreshments will not be taken out on Janmashtami and Moharram.

The government has breathed a sigh of relief when the number of patients was controlled at most places except in some parts of the state. Chief Minister Shivraj Singh Chauhan has said that the recovery rate of corona in the state is continuously increasing and a large number of patients are going home after getting healthy. This is reducing the number of active patients, which is a good sign. At present, the recovery rate of the state has increased to 75.1 percent and the number of active patients is 9,105. While 843 new patients have arrived, 922 patients have gone home healthy.

The government has started working in this direction to reduce the fear of corona infection and in order to get treatment from home. Chief Minister Chouhan has asked the officials to arrange for treatment at home, if the facility is available to the patients with low symptoms corona. There should be regular monitoring of these patients at home.

Wagon R is getting for only 1.5 lakh rupees, take advantage of this great deal soon

Beware! Government warns, do not mistakenly believe these jhansiadars, may cause huge losses

The camera of JioPhone Next is equipped with Snapchat filters and will work on your voice, know what else is special in it