Even the police themselves are not safe in Imran’s ‘Naya Pakistan’! Gunmen shot dead two policemen in Islamabad 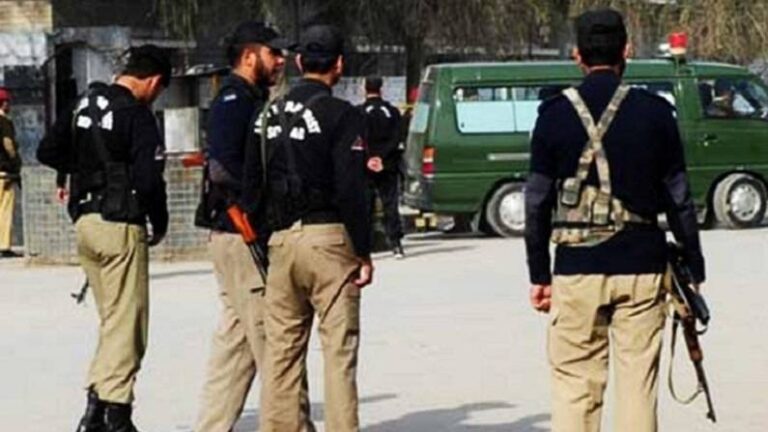 Pakistan’s Home Minister Sheikh Rashid Ahmed has condemned the incident and ordered an inquiry into the matter.

The security of policemen in Pakistan is also at stake. On Thursday late night, two policemen who were out on patrol in a residential area in the country’s capital Islamabad were shot dead by gunmen. The country’s Ministry of Home Affairs and Police gave this information on Friday. So far no one has claimed responsibility for this murder in Shams Colony area of ​​the capital. Earlier, the Pakistani Taliban has been taking responsibility for such attacks in Islamabad and other parts.

According to the police statement, the authorities have started a search operation to trace the killers. Home Minister Sheikh Rashid Ahmed has condemned the incident and ordered an inquiry into the matter. In a video statement, Rashid said, “Such attacks are on the rise and efforts are being made to make Islamabad a safe zone by controlling them.” The capital shares a border with the province of Punjab, as well as along the country’s north-west route bordering Afghanistan. At present, the police is engaged in the investigation, but so far no clue has been found.

Dead body of policemen found lying away from motorcycle

Police said that two policemen named constable Ishtiaq Ranjha and Bashir Shah were among the dead. Both these people had gone out on routine patrolling in Shams Colony riding on a motorcycle. During this, the attackers shot and killed them. A senior police officer said that the police were informed about the firing in the area. When the police team reached the spot, they found two cops of Eagle Squad dead. The bodies of both were found at some distance from their motorcycle. Soon after the incident, the police removed the crowd from the area and cordoned off.

It was told that the police have intensified the arrest of the attackers. The bodies of the policemen have been taken to the local hospital for legal proceedings, the police official said. He said that it is not yet clear how the policemen were targeted. Senior Superintendent of Police Dr Mustafa Tanveer told Dawn newspaper that police teams are investigating the spot and looking for clues about the identity of the killers. Attacks on policemen have increased in Pakistan in recent times. Often the terrorists who flourish in the country keep making them their target.

Also read: Pakistan’s ‘nefarious’ look at this ‘foreign airbase’ of India, hints at this ‘flattering’ decision of Imran Khan!

4 Chicago Cubs takeaways from the GM meetings, including the likelihood of spending money in free agency

Spending cash within the offseason is on the horizon for the Chicago Cubs. The group…

Reliance Industries Ltd. (RIL) shares have been buying and selling with losses on Friday morning,…

Ye dropped by talent agency, documentary on him scrapped

Inflation And IIP Data: Retail inflation above 6% for second consecutive month, industrial production improved in May due to base effect