Electricity supply restored only after half payment of electricity theft, district judge ordered 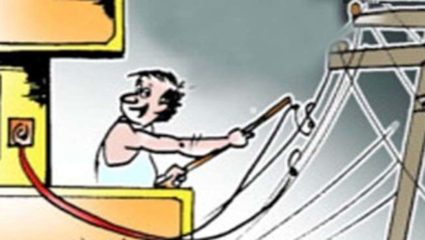 Ulhasnagar : The Additional Sessions and Special Court of Vasai, under a petition challenging the payment of electricity theft, recently ordered the Diamond Ice Factory to pay a partial amount. The application seeking restoration of power supply has been rejected. District Judge Sudhir Deshpande has ordered Mahavitaran to restore power supply within 48 hours on payment of half the amount of Rs 4 crore 93 lakh 98 thousand 460.

A team led by Vasai Divisional Superintendent Engineer Rajesh Singh Chavan uncovered the theft of electricity from a high voltage electricity customer named Diamond Ice Factory at Majivali in Vasai taluka on October 30, 2021. It was found in the investigation that 27 lakh 48 thousand 364 units of electricity worth Rs 4 crore 93 lakh 98 thousand 460 have been stolen in 59 months by installing a remote control circuit in the factory.

On November 3, after a case was registered against the factory operator in Virar East police station for non-payment of electricity theft, the power supply was cut off. On this, Diamond Ice Factory challenged the payment of electricity theft in the Vasai Additional Sessions and Special Court and demanded restoration of power supply by paying Rs 8 lakh 54 thousand 860 due to delay in hearing. The matter was heard before District Judge Sudhir Deshpande. Advocate Archana Patil and Law Officer Rajeev Vaman, appearing for Mahavitaran, cross-examined the contentions of the petitioner citing various points of Supreme and High Court.

Taking into account the argument given by Mahavitaran, District Judge Sudhir Deshpande dismissed the application for restoration of power supply by paying part amount and after paying half the payment of electricity theft i.e. Rs 2 crore 46 lakh 99 thousand 230 Ordered Mahavitaran to reconnect the power supply within the next 48 hours.

Miner earns $5,40,000 from mining an entire block of Ethereum

Raids were conducted on crypto agencies across the country, tax officials recovered 70 crores

After all, what is the ‘Wuhan Lab Leak’ theory, which is being debated all over the world? Know the full story from beginning...