Electricity cut, yet the old man dies due to current; The girl also got electrocuted 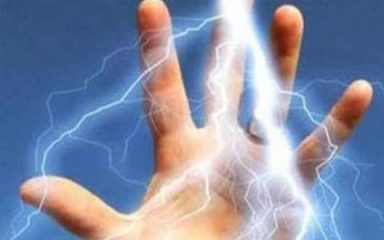 Amravati. Due to the outstanding electricity bill, even after the power supply was cut off for 15 days, an old man died due to electrocution from the earthing wire. At the same time a girl child also got electrocuted, but fortunately she survived. The name of the old lady is Sundar Laxmanrao Savarkar (70, Vadarpura). Due to this incident, there is tremendous anger against the electricity company among the relatives and residents of the deceased woman.

Sundar Savarkar, a resident of Vadarpura, lives in a tin room. His son’s house is in the neighbourhood. On Thursday morning, Sundar Savarkar was cleaning the courtyard. For this, she went to pick up a white colored box kept in the premises behind the house. At the same time, touching the earthing wire, Sundar Savarkar, adjacent to the wall of the son’s house, caused a strong current to this woman.

Seeing this, the girl playing in the campus ran to help her grandmother, but she also got electrocuted. A relative young man living in the neighborhood removed the old woman Surand Savarkar, who was sticking to the earthing wire with the help of wood. After which the relatives immediately took Sundar Savarkar to the district government hospital, but the doctors declared him dead.

Electricity was cut 15 days ago

Many people in Vadarpura campus are facing the problem of power supply at home. Citizens have been hit by electric current in the walls of the house, the iron gate and the tin. Citizens have also complained about this to the electricity company. But till now the power company has not taken any care. Due to which the old woman died in the electric current from the earthing wire. Due to which the anger of the citizens is on the seventh heaven.

The relatives of the deceased and the citizens of the area alleged that the death of an old woman named Sundar Savarkar was due to the negligence of the electricity company. Due to which the demand of not lifting the dead body till the case is registered against the electricity officers and the concerned personnel, gave a nod to the Fraserpura police station. Due to which a tense situation was created for some time.

Seeing the fury of the relatives and citizens of the deceased in Vadarpura, DCP, ACP, and in-charge police inspector Nitin Magar, PSI Gajanan Rajamalu, Datta Narvade along with DB Pathak and QRT Pathak reached the spot. After explaining the relatives, the police contacted the officials of the power company. Calling them to the site of the incident, asked them to solve the electricity problem of the citizens. Due to which the citizens calmed down.

Slow over rate will be punished in T20 cricket, ICC has made new rules