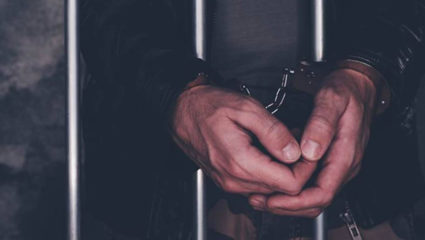 Mumbai: An alleged casting couch has been busted in Mumbai. Mumbai Police has arrested a director from Titwala area. It is being told that a person who describes himself as a director had demanded sexual favors in exchange for getting an actress to get a role in big films. After this the woman complained to the police in the matter. Taking the matter seriously, Malad Police started the investigation of the whole case, after which the director has been arrested.

According to news agency ANI, the man has been arrested for soliciting sex from an actress in return for a role in films. An official told news agency ANI that, in her complaint, the woman told the police that in the name of getting the role of the actress, some private photos of her were also asked by the person which she kept with him.

Maharashtra | An alleged casting couch director arrested from Titwala area for demanding sexual favours from an actress in return for a role in films. He also demanded intimate pictures & later threatened to viral them when she refused: Dhananjay Ligade, Inspector, Malad PS pic.twitter.com/dk87w0704R

It is being told that the woman told the police that she also demanded intimate pictures and later allegedly threatened to make her private pictures viral on social media if the man refused her demand, after which the woman Complained to the police and the police took action and arrested the person. However, this is not the first time that the case of casting couch has come to the fore in the name of getting work done in films in Mumbai.

How to start online matrimonial business or marriage bureau?