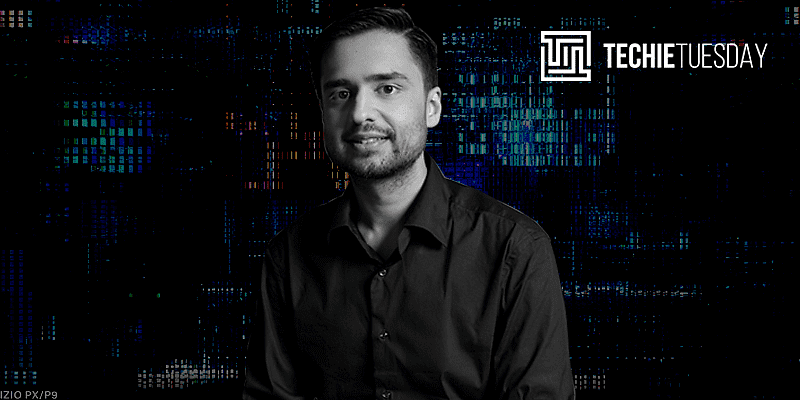 There was a time when Dhruv Kapoor, CTO of South East Asian Ecommerce and co-founder, Unicorn Zilingo, used to pull all-nighters to ship the next code. Been coding for the last 20 years, it came naturally to him.

Dhruv tells BK, “I used to write very early code. We were a team of about seven or eight people and worked on the backend, frontend, web, dave ops and everything.”

This helped him to spend time with people, lay the foundations of the technology infrastructure, and help him gain a greater understanding of the technology culture in Zelingo. Now, they have a team of around 100 people who believe they are capable and more equipped to handle coding.

Over the past five years, founded by Dhruv and Ankita Bose, Zilingo began its operations with a focus on creating a strong technology platform for all small retailers in Southeast Asia. Today, the company has operations in both South-East Asia and India, with its tech centers based out of Bengaluru.

A child living entirely in the city, Dhruv spent most of his childhood and early years in Delhi and later in Mumbai. His family moved to Delhi from Pakistan. His father worked in the packaging industry, and his mother is a school teacher.

It was Dhruv’s early interest in science, which he got after starting in Class V in 2000 to start coding. He said, “I really enjoyed it. I don’t think of it as any defining moment. ” But it was something that Dhruv experimented with and wrote code for school projects.

Dhruv says that he liked the idea of ​​building various things.

In 2008, Dhruv enrolled at IIT Guwahati. He was eager to take an elective subject that was broad and focused on science in a deeper sense. Thus, he did not want to take only computer science and hence, he took up electronics.

“I enjoyed my four years at IIT Guwahati and started liking electronics and understanding the functioning of different systems. I got involved in research projects and I was fortunate enough to get an internship at Ohio State University in 2008 under Professor Dr. Ali Kihani, where I got to work on solar panels, and battery and power storage systems. “

This happened when he showed interest in research. Dhruv says that the mix of many people helped him further develop his skills. He credits his skill development in those early years to those with whom he can share ideas, professors who challenged students to do their best, and a large group of friends.

Thus, Dhruv had the opportunity to join Yahoo in 2012 through campus placements. They said,

“It was a great decision. Shortly after joining Yahoo in Bengaluru, I had the opportunity to present my paper on a solar panel simulator that I had made to a panel in Croatia. This was the first time I was traveling abroad. I discovered Croatia, relished the research and the challenge associated with it. I met many people and understood that the research was really about people working on a problem for years. But I realized that I like working on many problems. I just can’t enjoy going too deep into one area. I loved working with people. “

Thus, until 2013, Dhruv continued to work at Yahoo with the localization team. He focused on powering Yahoo’s content across multiple languages, infrastructure systems, and bandwidths. This experience, Dhruv points out, came in handy during his Zeelingo trip.

The world of games

“It was a good job! I led three different game teams and worked on games and data platforms. It made me aware of different aspects of leadership, product decision making, timeline, data analytics, experiments and technology and gamification. ”

In 2015, when he went to meet Ankita Bose through common friends, he had already built some small solutions and was into manufacturing technology and product. When he discovered the idea of ​​Zelingo, Dhruva readily agreed.

“We had very similar views on culture and team building, and brought complementary skills to the table. I consider myself lucky. I worked at a big company like Yahoo, where I worked with complex team structures and high-end complex tech. In Kiwi, where everything was nimble and fast-paced, I learned the opposite of the skill set.”

To date, Zelingo has raised $ 308 million in funding, making it one of Southeast Asia’s largest capital startups. With such a high infusion of funds, Zelingo belongs to the Unicorn Club. The platform serves as a complete online operational and ecommerce platform for small retailers.

Dhruv explains why he felt the need for a startup to have a strong base in tech:

“One of the things I felt strongly about was building a strong tech infrastructure. I knew that we could not invest less in technology as it would be detrimental to future development. You need a product that is useful and not just usable, and for that data, the thinking, and technology of the product must be static and fundamental to outline.”

Dhruva now focuses more on tech architecture, data warehousing and automation. He says he spends a lot of time on strategy and data analytics. He is a part of strategy teams focused on the digitization of the supply chain. It was here that his work experience in Yahoo’s localization teams worked to his advantage.

Dhruv felt that there was a need to manufacture products suited to the local environment and needs.

“Initially, we helped merchants sell on the platform to consumers and have been operating cross-country from day one. As of 2017, we had teams from five countries. Over these four-five years, we have evolved into an end-to-end supply chain, which comes together to finance, logistics and use everything brands, vendors, wholesalers, distributors and factories , Which is a part of the e-commerce ecosystem.”

He believes that when it comes to senior hire, understanding of tradeoffs is very important.

Advising all Techies, Dhruva says that it is important to gain both depth and understanding of knowledge. This, he helps to add value to the things you create.

Are going to buy second hand smartphone so keep these things in mind, otherwise there will be big loss