Despite the increase in the number of corona patients, know why the beds in the hospital are empty 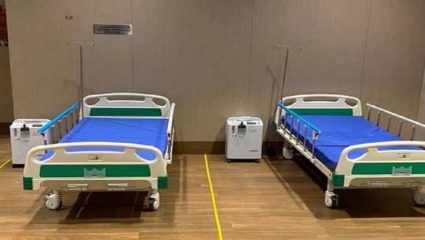 In view of the threat of third wave, the Nashik Municipal Corporation is testing 3000 people every day. If we look at the current figures, the number of people infected with testing is 20.86 percent. This information has been given by Dr. Prashant Thete, Assistant Medical Officer, Municipal Corporation. The question is why the people of Nashik are turning their backs on the hospital and the COVID center.

8 thousand beds are ready in the Municipal Hospital and it has oxygen facility in 2200 beds. Bitco Hospital has the maximum number of 650 beds with oxygen. Similarly, a large number of beds are available in other hospitals as well. But in most places most of the beds are empty.

Why did the citizens turn their backs

Most of the corona infected citizens in Nashik are giving priority to get treatment by staying at home. Those who have got corona have quarantined themselves at home. are resting. Many people do not like to get treatment in public places. Along with this, they also want to avoid the bills of private hospitals ranging from thousand to lakhs of rupees. Therefore, in the third wave of corona, most of the patients are giving priority to stay at home and get treatment.

If such a large number of patients are being found and they are not getting admitted in the hospital, then it can be called a failure of the system. If this situation continues, then those who are treated at home can infect many other family members. Later this number will become a headache for the administration. People will have to instill confidence in the better treatment in the hospital.

what does the figure say

OnePlus 8T is almost here. Here’s everything we know about it

Now Google will have ‘secret’ detail of apps on Play Store, the company has given this strict order

Your Android phone will become a payment terminal! NPCI launches this special feature with SBI Payments