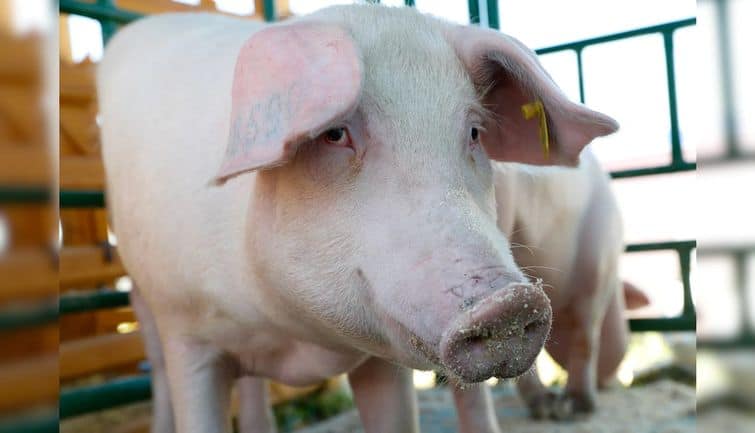 Germany is a major country in Western Europe, from where pork is exported on a large scale all over the world. Germany has been battling African swine fever (the name of the virus that spreads to pigs) for the past year, which has led to its major buyers, including China, having stopped importing pork from it.

Also, in the north-west of Italy last week, there was a rapid spread of the virus in wild boars, which has raised concerns related to the export of pork. Also, the spread of the virus in the north-west of Italy has now increased the chances of it reaching the neighboring countries of Spain and France, which are other major pork exporters among European countries.

The European Union is already facing the problem of an overabundance of pork due to reduced exports, due to which the price of pork there has reached the lowest level in many years. Although Italy is a small exporter of pork, any sanctions on it could exacerbate the problem of pork surpluses across Europe and squeeze profits from pig farmers at a time when They are facing skyrocketing fodder prices.

Higuera Pascual, director of the Spanish Pig-Farmers Association, said, “African swine fever is not a problem associated only with Germany or Italy, but it is a problem of the whole of Europe. This disease is spreading rapidly. Humans understand this. But how can you stop the movement of wild animals. In such a situation, when this virus will end, I do not understand.

One of the major concerns about the virus is to prevent it from spreading to neighboring countries. A few years ago, when the virus was spreading in Belgian pigs, France managed to stop it by adopting measures like fencing the borders. Last month it also secured a deal to supply pork to China. However, other countries have failed to do so.

IHS Markit analyst Max Green said that Italy has a large population of wild boars and it is not easy for them to stop it. According to an estimate, there are about 23 lakh wild boars in Italy. According to a report, this virus spreading in pigs is very contagious and it has been in existence since about 1970.

Tunisia: The President dissolved the Parliament… then dismissed the PM, the opponent said- ‘coup’, but still why the people of the country are happy?