Damage to agricultural crops due to unseasonal rains, Minister for Aid and Rehabilitation intervened in the damage 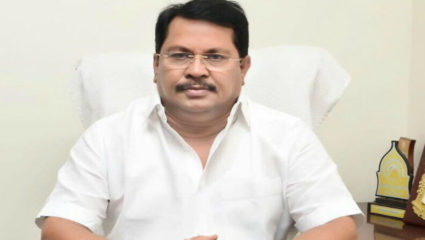 Chandrapur, For the last two to three days, there has been a lot of damage to the crops of Kharip and Rabbi seasons due to excessive rainfall in Chandrapur district and hail at other places. Farmers are worried due to the loss of cotton, tur, harbhara, wheat, sorghum and hand crops. Therefore, taking intervention of the farmers for the damage caused by the unseasonal rains, the State Aid and Rehabilitation Minister Vijay Wadettiwar has instructed the District Collector to immediately conduct a Panchnama of the damage.

Due to the change in the atmosphere, the Meteorological Department had predicted cloudy and torrential rain and hailstorm in the district on January 10 and 11. The district received unseasonal rain on Sunday. On Monday, Tuesday, there was rain in the district with thunderstorms of lightning. Hail fell at many places of Ballarpur, Warora Tehsil. There was a lot of damage to the crops of the farmers.

In tehsils like Rajura, Gondpipri, Jiwati, Korpana, Pombhurna, Mool, Bhadravati, Warora, Nagbhid and Brahmpuri etc., agriculture was damaged due to unseasonal rains. Wheat, tur, jowar, gram and rabbi crops were damaged in this. District Guardian Minister Vijay Wadettiwar has given instructions to the administration to do a quick panchnama of the loss to provide relief to the farmers.

Farmers are worried about the unseasonal rains. The harvest that came at hand has been destroyed. In some areas houses have been damaged due to rain water entering. Due to the loss of houses, the problem of living for the citizens has been created. Aid and Rehabilitation Minister Vadettiwar has given information about the proper assistance being given by the administration by doing an immediate panchnama of the damage.

In Chandrapur district, farmers have suffered losses due to heavy rains and hailstorms on Sunday and Monday and Tuesday. Tur, Harbhara, Lakhori, Mirchi and wheat have been damaged due to unseasonal rains. On this background, Bharatiya Janata Paksha District President Devrao Bhongle has demanded damage compensation through a memorandum from the District Collector.

Demand to give financial assistance by doing Panchnama of the affected farmer’s fields, waiving the electricity pump electricity bill, the Chief Minister of the state, Finance Minister, Agriculture Minister and Minister of Revenue, former MLA Ed. By Vamanrao Chatap.

People are buying this Tata car fiercely, with a premium look, 5 star safety rating is given in the vehicle

No painter with no hands and some poor ‘Messiah’, now honored as National Heroes