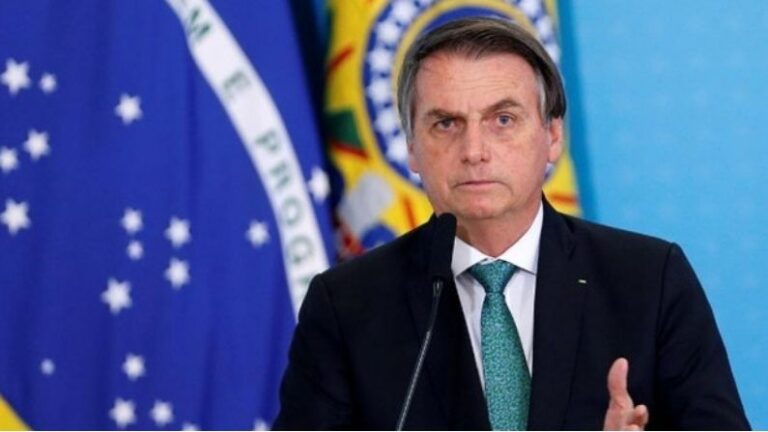 President Jair Bolsonaro’s troubles are increasing in Brazil. In the wake of the new political earthquake in the country, the chiefs of the three armies have been removed from their posts here. The government said in a statement on Tuesday that the commanders of the Brazilian Army, Navy and Air Force will be replaced. The president, who failed to deal with the Corona virus, is facing heavy protests.

The day before, President Jair Bolsonaro made six changes to his cabinet. He has also changed the defense minister of the country. The reason behind this change has not been stated. According to a statement issued by the Ministry of Defense, this decision made in the meeting on Tuesday has been conveyed. The meeting was attended by the new Defense Minister Braga Neto and former Defense Minister Fernando Ejvedo.

The President, who failed to deal with the COVID-19 epidemic, has also replaced the foreign minister. Carlos Alberto Franco Franca has been appointed the new foreign minister. More than 3 lakh people have died in Brazil due to Corona. Currently, the second wave of Corona has also arrived. At present, the total number of infected people here is more than 1.25 crore. In the last 24 hours, 1660 people have died here. The situation in Brazil is such that hospitals do not even have beds. The Brazilian government on Monday appointed General Luiz Eduardo Ramos as the new Chief of Staff. While Police Commander Anderson Torres has been appointed as Law Minister, new Attorney General and Secretary to the Government.

In early March, the President removed Health Minister Eduardo Juelo. He was also criticized because of the slow pace of vaccination. In his place, Marcello Ciroga was made the new Health Minister. He has met the US Ambassador to ensure the supply of the vaccine. India has also provided the corona vaccine to Brazil for free.

Anger erupted due to absurd rhetoric

President Bolsonaro has also become a thorn in people’s eyes due to his absurd rhetoric. In December last year, he made a very peculiar statement about Pfizer’s vaccine. He said that if someone takes the vaccine, then he will become a crocodile. He also said that the beard of women will grow with this vaccine. Not only this, recently he said that people die everyday, face it. Angry at his absurd statement, the governor even told him to be a ‘mental patient’.

Twitter has once again started the verification request process, this has to be done to get the blue tick

In view of the review process and application flow, the company had put this verification…

Apeejay Education and Amazon Web Services (AWS), an Amazon.com firm, has introduced the launch of…

Survey: Every child of the country will get free ‘education’ for 25 years from the wealth of the 10 richest people of India

symbolic picture New Delhi/Davos. During the COVID-19 pandemic, the total assets of India’s billionaires have…