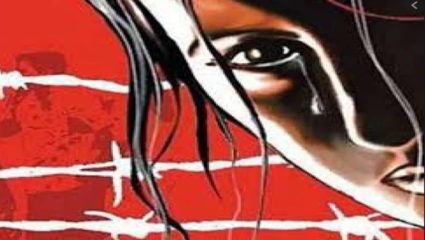 Nashik: After the incident of rape of a minor girl in broken buildings, the issue of government dilapidated buildings has once again come into the limelight. There are many broken building in the colony of Gandhinagar Press and Nehru Nagar Press. These houses are being used by criminals for crime. The security arrangements of the press along with Nashikrod, Suburban Police Station are also being neglected.

The shocking incident came to light of a minor girl being raped by a criminal by taking her to a residential building in Gandhinagar off Nashik Pune Highway. This minor girl has now given birth to a child. A case has been registered against the suspect at the suburban police station. Many buildings in Nehru Nagar and Gandhinagar Press Colony are lying vacant.

Incidents like gambling, drinking ganja, drinking alcohol, hiding weapons, assault, taking girls and raping are being carried out here. Due to the broken building of these colonies, very few people live here. Now criminals have made it a crime den. There is no street light here. Doors and windows of most of the buildings have been stolen. Stray people intoxicate in the premises. The people of the campus are fed up with their hooliganism. They are demanding settlement of these goons.

Administration should provide security in these colonies or by starting government offices, drug treatment centers, small scale industries, clinics here, the place will be protected and its misuse will stop.

Easy remedies for irritation due to yellowing of teeth

In this scheme of Post Office, saving only Rs 250 will help in securing daughter’s future, from marriage to job.