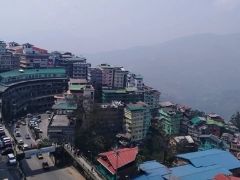 If you are one of those people who are waiting or preparing for their next trip, then there is some bad news for you. This is because ICMR has given a new warning and if it turns out to be correct, then you may have to postpone your travel plans once again.

Indian Council of Medical Research (ICMR) and Imperial College London researchers have done a study, which states that people who have been locked in homes for a long time, are now going out as soon as they get the opportunity, which is called Revenge Travel, India. There may be a third wave of Covid-19 in India. The cases of infection may reach the peak between the months of February and March next year.

Published last month in the peer-reviewed Journal of Travel Medicine, the study sought to model the impact of domestic travel on a possible third Covid-19 wave in India. It has also been asked to identify the potential risks associated with the increase in revenge travel. ICMR Director General Balram Bhargava is among the researchers conducting the study.

To this end, the researchers created a mathematical model that modeled what would happen in a fictional state of India, which resembles Himachal Pradesh. He studied what happened here during the first and second wave and how the atmosphere can change after the increase in the crowd.

The researchers noted that India’s second Covid-19 wave was severe, but its impact was also less rapid in smaller states with low population densities. Not only this, cases reached a late peak in popular tourist destinations like Himachal Pradesh.

The team wrote in the study, “This is of course beneficial, as things gradually returned to normal in India and elsewhere, and domestic travel to holiday destinations would have been beneficial not only for visitors, but also for local economies.” who are under a lot of stress for more than a year.

He further added, “A shared sense of responsibility among the visitors, residents and local authorities, will go a long way towards protecting the welfare of the entire country.”

Researchers say the easing of travel restrictions at the state level could in itself lead to a third wave. However, a sudden increase in population density due to tourists or mass gatherings for social, political or religious reasons can make the third wave more severe.

Data from Himachal Pradesh shows that during the normal holiday season, tourism in the state can increase the population by up to 40 percent. Under these circumstances, the third-wave peak could increase by up to 47 percent during the holiday season and could happen two weeks earlier. Compared to the scenario where the easing of restrictions happens off-season.

Vivo Y3s (2021) launched with strong battery and reverse charging, the price is less than 10 thousand rupees

Imran’s former advisor visits Israel! Now Pakistan’s clarification on the opening of the poll, said- ‘The news related to the tour is false’