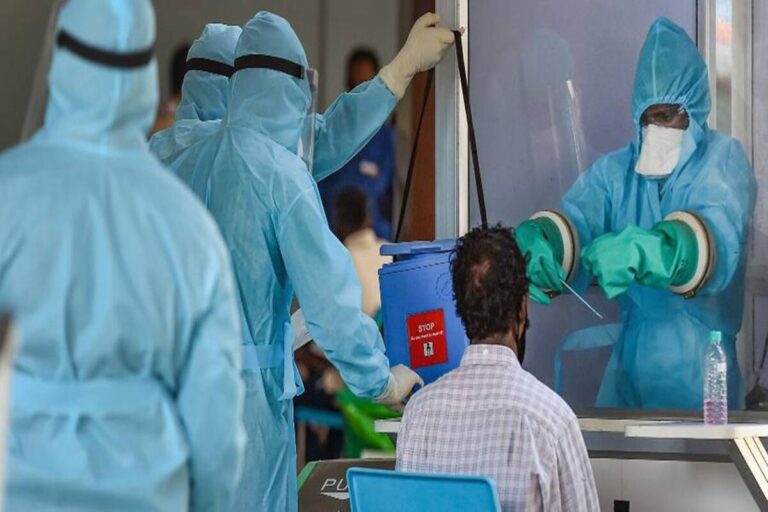 Number of active cases is more than 18 lakhs

With the 39th consecutive day of increase, the number of active cases has increased to 18,01,316, which is 12.18 percent of the total infections. While the country’s COVID-19 recovery rate has come down to 86.62 percent. The Ministry has said this.

The data showed that the number of people cured of the disease has increased to 1,28,09,643. While the case death rate has come down to 1.20 percent.

Those returning from Haridwar Kumbh will not get an entry in Gujarat without RT-PCR, Mumbai Mayor said – Corona will distribute caution in Prasad if necessary

Maharashtra has the highest death of 419 people

The number of these new deaths is 37 each from Rajasthan and Uttarakhand, 34 each from Bihar and West Bengal, 32 from Haryana, 30 from Jharkhand, 27 from Kerala, 15 each from Telangana and Andhra Pradesh and 12 from Himachal Pradesh.

What is the strictness of the lockdown? No one should learn from Norway, PM breached ₹ 1.75 lakh fine for breaking rules

Norway’s Prime Minister Erna Solberg has been forced to break the rule of Coronavirus lockdown.…

On a latest heat, sunny day in Oak Lawn Cemetery, these buried within the floor…

Tax Savings Fund: Investors disappointed with 3-year returns, should one invest in ELSS?

Start investing in this mutual fund with Rs 5000, you will get bumper benefit, there is a chance till July 23

The minimum investment in this fund can be made up to Rs.5,000 and in multiples…