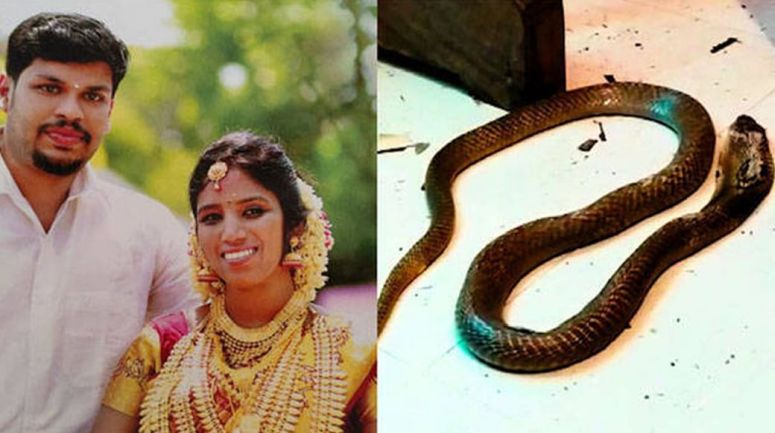 Uthra Murder Case: A court in Kerala’s Kollam on Wednesday sentenced a man convicted of killing his wife by being bitten by a cobra snake to life imprisonment. Earlier in May last year, the court had convicted a man named Sooraj of killing his 23-year-old wife Uthra in her sleep after being bitten by a cobra. The man tried his best to call it just an accident, but it did not take long for his dangerous conspiracy to be exposed.

The Kerala police chief described it as the rarest case where the accused was exposed on the basis of circumstantial evidence. The man hatched a very frightening conspiracy to take the life of his wife. He made a plan to kill his wife by stinging her with a poisonous snake cobra and took her life. Suraj was convicted on Monday under sections 302 (murder), 307 (attempt to murder), 328 and 201 of the IPC.

The prosecution had argued that he had killed her on May 7, 2020 by injecting a cobra on him. Utara, a 25-year-old woman, was already undergoing treatment for a snake bite, after which her husband released another venomous cobra on her. It has been said from the victim’s side that she had survived the first snake bite, however she died the second time due to cobra bite.

A lawyer present in the court told News18 that the sentencing judge had termed the case as the rarest of the rare, but considering the age of the convict (28 years) decided to give him life imprisonment instead of death. Reacting to the court’s decision, state police chief Anil Kant said it was one of the rarest of rare cases in which an accused has been found guilty on the basis of circumstantial evidence.

Appreciating the police team that investigated the case, he said it was a shining example of how the murder case was investigated and traced in a scientific and professional manner. Uthra’s family got suspicious when Suraj tried to take over his property a few days after his wife’s death.

Police say Sooraj was in the process of marrying someone else after getting his wife’s jewellery, cash and other assets. He had earlier tried to kill his wife through a poisonous snake in a similar way in February 2020, but then he failed. The man had acquired this snake with the help of his friend Suresh. Then Uthra was hospitalized for a month after being bitten by a dangerous snake viper, but this time the cobra’s dangerous venom made her a victim.

The matter was also mentioned by the Supreme Court. Regarding a similar case in Rajasthan, the court had said that nowadays the practice of taking the life of someone else with the help of snake catchers is coming to the fore. Kerala Police Chief Anil Kant said that it was a very shocking case, the police had to work very hard to solve the mystery. The police team worked hard in analyzing the forensic medicine, fiber data, animal DNA and other evidence to crack the case.

Only 1794 rupees will have to be paid for a month and this tremendous bike of Hero will come home, will get 63 kmpl...