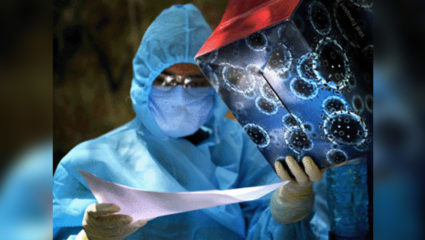 New Delhi: The dangerous form of Corona Virus is being seen once again in the country. Corona cases are increasing continuously in India. Meanwhile, there has been a massive attack of Corona in IIT Jammu. According to ANI, 18 people including staff, faculty and students of IIT Jammu have been found corona positive. The IIT Jammu administration has informed that, now, online classes have been conducted and the faculty has been asked to work from home.

According to a report, IIT Jammu campus is being sanitized. The institute said that all those found corona positive have been quarantined. The classes will now be held through online mode. Most of the students had left for the semester break in December.

Let us tell you that before this, many big leaders of the country have also come under the grip of Corona virus. These include JP Nadda, including senior BJP leaders Rajnath Singh and Nitin Gadkari. Apart from this, many famous Bollywood celebrities have also become Corona positive in the past. In the latest case, it was revealed on Tuesday that Lata Mangeshkar was COVID positive. On Wednesday, the corona test of former Punjab CM Captain Amarinder Singh has also come positive.

By the way, the corona virus is spreading rapidly in the country. According to the data released on Wednesday, after the arrival of 1,94,720 new cases of corona virus infection in the country, the total number of infected people has increased to 3,60,70,510, of which 4,868 cases are of Omicron nature.

Petrol @ 100: How much can petrol and diesel cost? How long is the relief expected?

Corona’s awe: Australia banned flight from India till May 15, these countries have also imposed a ban