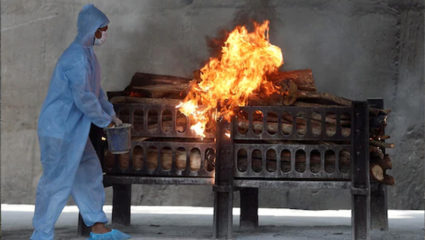 Nagpur. There was no corona-related death in the district from the third week of October to the end of December after the second wave of corona had stopped. In the beginning of the new year, the process of daily death has started in the district for the last two-three days. This has also increased the concern of the administration. On Friday, 3 corona victims died in the district. So far 6 patients have died this month. At the same time, 1,732 new infected were registered.

Meanwhile, the number of patients in hospitals has also started increasing. On Friday, two elderly people living in Laxminagar and Asinagar zones of the city died. One patient was undergoing treatment in a private hospital while the other was being treated in a medical hospital. An elderly woman from outside the district also died during treatment at a private hospital in the city. With this, the death toll in the district has gone up to 10,128 so far. Out of these, 2,604 deaths were from rural, 5,897 city and 1,627 deaths were from outside the district. On Friday, 672 people recovered after the report came negative. These include 583 people from the city and 89 from rural areas. Out of the new positives, 1,364 are from city, 307 are rural and 61 patients are from outside districts. About 400 infected came less as compared to Thursday, while a total of 11,842 people were investigated in the district.

Admitted in more than 125 hospitals

A network of roads is laid under Venice, a 2000 year old road of the Roman Empire found under the sea

Stock Tips: Great opportunity of 22% return on investment in this housing finance company, know what the market experts say

Failed twice, but did not give up and continued its work, today is a 7000 crore company