Corona rescue equipment made from marine waste, this ‘plastic’ is dangerous for water organisms 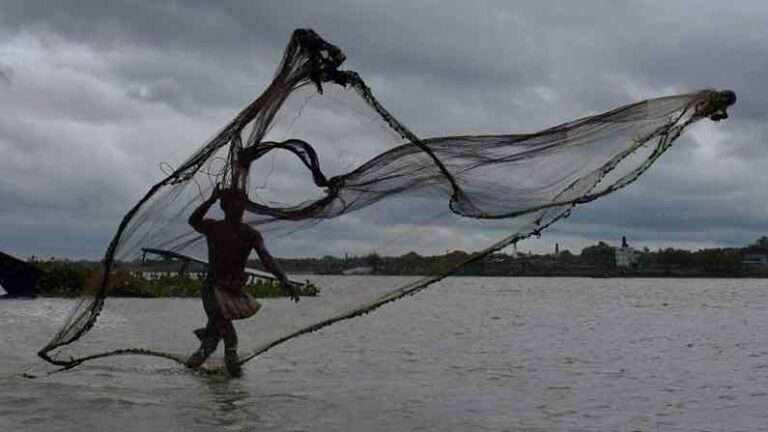 Ingpat Pachirachakul, a serial campaigner at EJF, said that the ‘Ghost Net’ is actually very dangerous because once it falls into the sea, it floats for decades.

Corona rescue equipment is being made in Thailand by recycling marine waste. Environmentalists are working with local fishermen communities to free the country’s water from deadly wastes. More than 700 fishermen are participating in this project and they are being paid for it. Every year about one million tonnes of garbage comes to the sea.

According to a report by the World Wildlife Fund (WWF), the gear left for fishing is the deadliest form of plastic debris for marine life, accounting for 66% of marine mammal species, half of seabird species, and all of sea turtles Is responsible for causing harm to the species.

Campaigners from the Environmental Justice Foundation are working with members of 47 Thai fishermen’s communities to find ways to collect nets as well as prevent them from falling into the sea. The group is also running a cleanliness drive along with volunteers. Divers are searching in different teams in different parts of the sea.

After watching ‘Ghost Nets’, the team is looking for them underwater well. Ingpat Pachirachakul, a senior campaigner at the EJF, said that ‘ghost nets’ are indeed extremely dangerous because once they fall into the sea, they float for decades. He said that either sea animals get trapped in it or eat it which ultimately causes their death.

COVID protection visor being made

During the cleaning drive, many nets were found several meters below the water, and many were seen floating above the surface of the water. The webs have to be cleaned and separated before being taken to the local recycling factory. In the factory, they are cut and separated again.

Some are melted and made with visor and alcohol spray bottles for protection from the COVID. The money from some nets is used to help the villages involved in the climate change project. Let me tell you that in Thailand only tens of thousands of small boats carry nets in the sea and the figure of sea pollution from them is still unknown.

Also read: 18-22 hours a day work and then death due to illness, Chinese company making people work like ‘slaves’, US stopped import of seafood

A bit peek. That’s all of the Patriots supplied prying public eyes Friday as they…

New Year’s resolutions to consider in the workplace