Complaint of rigging in the proposal of Gram Panchayat, inquiry committee constituted after the matter came to light 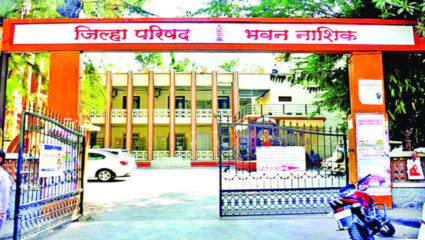 Satana: In the matter of changing the resolution of the monthly meeting of the Gram Panchayat held on May 31 last year, the ruling group demanded action against the culprits including the then village servant, CEO of Zilla Parishad (CEO) Leena From Leena Bansod. The members have become agitated after the information about the change in the proposal by changing the pages of the Proceeding Book came to the fore.

In the monthly meeting held on May 31, the then Gramsevak Swapnil Thoke, in connivance with the opposition member faction, changed the resolution number 5 to include the proposal related to the expenditure of the 15th Finance Commission in its place. But no such proposal was moved in this meeting. No member of the ruling and opposition faction had created a ruckus for the proposal. Gram Sevak Swapnil Thoke manipulated the proposal of the Proceeding Book with the opponents to hide the rigging. The ruling group has claimed to have concrete evidence of this. The demand to bring the truth to the fore by examining the CCTV footage of the monthly meeting of 31st May 2021 was raised by the CEO of the Zilla Parishad, Leena Bansod, the development officer PS. Made with coal.

These officers have asked for action after investigating. Proposals 1 to 19 of the Proceeding Book are correct, whereas all subsequent propositions have been falsified. The meeting resolutions of May 31 have been rigged. The sarpanch’s signature has not been taken on the last page. Gat Vikas Officer PS. The coal is given. In view of the seriousness of the matter, under the guidance of Assistant Group Development Officer Hemant Kumar Kathepuri, Extension Officer R. A committee of M. Suryavanshi, Nitin Deshmukh, Patil has been appointed. On the one hand, the investigation of the Gram Panchayat started, on the other hand, seeking action against the Gram Sevak, Sarpanch Sheetal Nandan, Deputy Sarpanch Jeevan Mali, members Sitaram Salve, Preeti Kothavade, Nikhil Kasare, while investigating the purpose for which the Proceeding Book was manipulated. , Rajesh Mali, Jijabai Vanis, Jyoti Mali, Bharti Sonawane.

Taharabad Gram Panchayat has total 17 members. One group has 9 members and the other group has 8 members. There is a dispute regarding the post of Sarpanch. I am being defamed by accusing me for political interest without any reason.

– Swapnil Thoke, the then Gram Sevak

The technology that is most needed by Google and Apple in India, has saved the lives of thousands of people associated with COVID-19.

If you have to invest in Recurring deposit then you are getting the highest return here, great interest rate of 7.5 percent