Cold rises in Kalyan Dombivali region, temperature between 14 to 26 Celsius 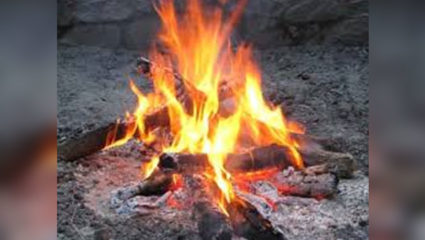 Welfare : Cold has increased in Kalyan-Dombivli Municipal Corporation area after rain two days ago. Cold wave has run with cold winds and suddenly the mercury has dropped. According to the Meteorological Department, the mercury remained in the range of 14 to 26 Celsius. The mercury dropped to at least 14 in the rural part, where the sale of warm clothes has increased to avoid the cold. At the same time, tribal people in Kalyan rural complexes have started resorting to fire to escape the cold.

It is worth noting that two days ago, after the rain on Saturday, the mercury suddenly dropped in the Kalyan-Dombivli Municipal Corporation area due to the cold winds and citizens in the city were seen shopping for warm clothes to avoid the cold and poor tribals in the rural areas. Citizens resorted to fire. According to the Meteorological Department, the weather is going to remain cold even further. Due to the snow lying in the mountainous areas of North India, cold wave has run in the plains and it is going to increase like this for a few days.

Stocks in Focus: Today focus on these stocks including Wipro-Voda Idea, experts are recommending these stocks for intra-day

These are the priceless benefits of dark chocolate, ‘therefore’ definitely eat it