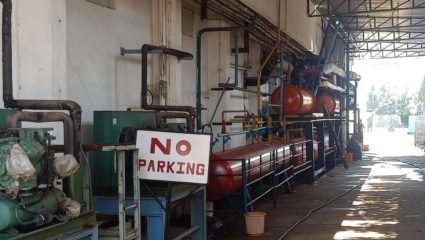 New Delhi: A major accident has occurred in Baikampadi on the outskirts of Mangaluru city of Karnataka. 20 employees of a fish processing plant here have been admitted to the hospital after a chemical leak. According to ANI, City Police Commissioner N Shashi Kumar told that 80 workers were present at the plant at the time of the incident.

Earlier on Monday, a 36-year-old laborer was killed and two other laborers were injured in an accident that took place during cleaning the tank of a company on Home Guard Road in Ghatkopar, Mumbai. ) they were finished. Who was admitted to Rajawadi Hospital for treatment. Ghatkopar Police has started investigation by registering a case against the manager and supervisor of the company.

Karnataka | 20 employees of a fish processing plant have been hospitalized after a chemical leakage at the unit in Baikampady, on the outskirts of Mangaluru city. 80 employees were present in the plant at the time of the incident: Mangaluru Police Commissioner N Shashi Kumar pic.twitter.com/LlRYqkzxad

According to the information received from the police, the incident happened around 8 am on Monday. A total of three workers had gone to the company to clean the chemical tank, but the tank was big and due to some chemical left in it, the workers suffocated, after which the fire department and police arrived after getting information on the spot.

Over 31 lakh cases in the country, Corona infection being uncontrollable

This actor from Mirzapur bought this cool SUV, number one in terms of power and features

The richest people in the world do not pay taxes! In return for earning billions of dollars, a small amount is given, open...