Bulls dominated the market, these stocks were the biggest movement 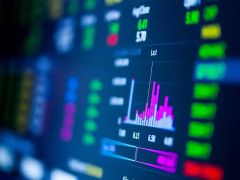 Bulls dominated the market and Sensex, Nifty have recorded a record closing. Sensex has managed to cross 61,000 for the first time. Whereas Nifty has given closing above 18300. Mid and smallcap stocks also saw good growth today. The BSE Midcap index closed at 0.45 per cent and the Smallcap index gained 0.44 per cent.

The biggest movement in these stocks was

Apollo Pipes | CMP: Rs 1,940 | Today the stock is up 1 per cent. The unaudited results for the second quarter and half year ended September 30 will be put up for approval at the company’s board meeting on October 22. The proposal for issue of bonus shares will also be considered in this meeting.

Westlife Development | CMP: Rs 584.70 | The shares of Westlife Development saw a strong growth of 13 percent in today’s opening trade. However, at the end of trading, it closed with a gain of 3 percent. Let us tell you that this is the same company that operates McDonald’s restaurant. The company has introduced a growth plan on the occasion of its completion of 25 years in India. Its effect has been seen on this stock today. Presenting its plan, the company has said that it will invest Rs 800-1,000 crore in its various businesses in the next 3-4 years and will open about 200 new outlets.

Wipro | CMP: Rs 707.55 | Today the stock has closed 5 percent higher on the basis of strong results. Wipro’s consolidated profit for the second quarter ended September 2021 fell 9.6 percent to Rs 2,930.7 crore. At the same time, the company’s profit has increased by 18.9 percent in the second quarter of this year as compared to the profit of the second quarter of the previous financial year. Bengaluru-based IT giant Wipro reported a 7.8 per cent increase in net income to Rs 19,760.7 crore for the quarter ended September 2021-22, a year-on-year growth of 30.1 per cent.

India will play a role in Afghanistan peace talks