BJP’s first list released, CM Yogi Adityanath will contest from this seat of UP 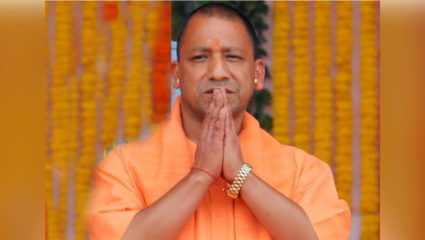 New Delhi: In view of the Uttar Pradesh Assembly Election 2022, the BJP First List has released the first list. After this list, it has become clear from which seat CM Yogi Adityanath will contest. Union Minister Dharmendra Pradhan and BJP National General Secretary Arun Singh have released the first list of the party while addressing the press conference. CM Yogi will enter the electoral fray from Gorakhpur city.

It may be noted that before this Samajwadi Party has released the first list of 29 candidates, BSP 53 and Congress 125. Elections to 403 assembly seats in the state are to be held in seven phases. Voting for the first phase is to be held on February 10. Whereas for the last phase, votes will be held on March 7.

BJP released the list of its candidates for the upcoming Uttar Pradesh Assembly Election 2022. #UttarPradeshElection2022 pic.twitter.com/iRf3tII6qz

Along with this, the party announced the names of its candidates for 105 seats in view of the voting to be held in 113 seats under the first and second phase. Prime Minister Narendra Modi, Union Home Minister Amit Shah, BJP President JP Nadda, Defense Minister Rajnath Singh, Union Minister Nitin Gadkari and other members of the party’s Central Election Committee had approved these names in a meeting held on Thursday.

It is noteworthy that there was discussion about contesting Yogi Adityanath from Ayodhya seat. This was also discussed in the party and the final decision was left to the Central Election Committee (CEC) of the party. (with agency input)

Apart from Corona, demonetisation and negative impact of GST on MSME, decline in employment opportunities