BJP’s big attack on Congress over Alwar gangrape case, said incident exposed the hypocrisy of Priyanka Gandhi and her party 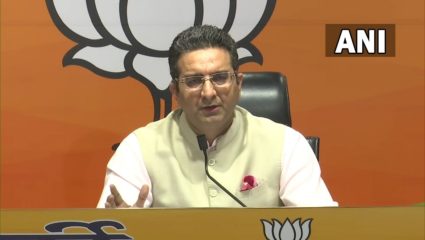 New Delhi: The Bharatiya Janata Party (BJP) on Thursday hit out at Congress general secretary Priyanka Gandhi Vadra over the alleged rape of a 15-year-old mentally challenged girl in Rajasthan’s Alwar district, saying the incident had affected women in Uttar Pradesh. The hypocrisy of the opposition party that talks of empowerment of the people has been exposed.

BJP spokesperson Gaurav Bhatia said that a case of alleged rape of this teenager has come to the fore in Alwar but the culprits have not been arrested yet. Talking to reporters, he said that while the Congress was busy celebrating the birthday of its leader Priyanka Gandhi, the girls of Rajasthan were demanding that the culprits of this heinous crime be punished.

It is to be known that the mentally challenged teenager was found in an injured condition on the road near Tijara gate of Alwar at nine o’clock on Tuesday night. He underwent surgery on Wednesday at a hospital in Jaipur. The surgery took two-and-a-half hours due to severe injuries to the victim’s private parts. Bhatia said, “On one hand Priyanka Gandhi Vadra says in Uttar Pradesh ‘I am a girl, I can fight’ but on the other hand girls in her party-ruled Rajasthan are expressing their displeasure by saying ‘I am a girl, on you’. I am furious.

He said that BJP is playing an active role of opposition in Rajasthan and is demanding justice for the victim girl. The BJP spokesperson claimed that there is widespread outrage among the people of the state against this heinous crime and the incident exposes the hypocrisy of the Congress. Chief Minister Ashok Gehlot has sought a report from Director General of Police ML Lather in the matter and directed a detailed investigation.

Police said that prima facie it appears to be a case of rape. However, till now this has not been confirmed. Several police teams have been constituted to investigate the matter, but the police have not got any specific information about the incident with the victim.

So far 10 arrested in nude dance case, 1 youth including 3 girls in custody