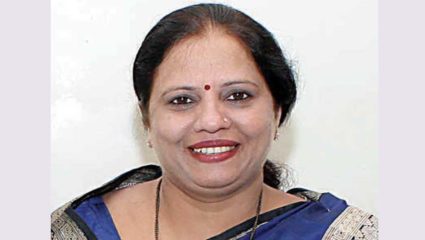 Nashik: The fear of the third wave of Corona is increasing. Maharashtra, which is at the top, is facing a huge crisis. Chief Minister Uddhav Thackeray, who has been away from his work for a long time due to health, now has the responsibility of the head of the state, Deputy Chief Minister Ajit Pawar or Should be handed over to some other ally or Aaditya Thackeray and save the state from this crisis.

The state has become directionless without the former Chief Minister. This demand has been made by BJP state general secretary and MLA Devyani Farande in a press conference on Friday. He has congratulated Chief Minister Uddhav Thackeray, advising him to take rest. He said that if you do not have faith in Ajit Pawar or a nationalist, then hand over the charge to Aaditya Thackeray so that the state gets the former chief minister.

to ensure that the state’s affairs run smoothly

Chief Minister Uddhav Thackeray’s cervical spine was operated on November 22 last year. Since then, with no full-time chief minister, Maharashtra has become abandoned and the cabinet has gone astray. Already the crisis of corona epidemic is increasing and the law and order situation is deteriorating. Cases of rape, murder, dacoity, cheating, corruption are increasing day by day. The Chief Minister cannot concentrate on daily work due to his health. In such a situation, the state is suffering a huge loss. It has been a tradition to hand over the post to another senior colleague in absentia for a long time. The time has come to implement this. Therefore, the Chief Minister should entrust this post to others so that the work of the state can run smoothly.

Many problems of the state and district are very serious.

People are facing innumerable problems in every nook and corner of the state. The Chief Minister cannot leave the house. They can’t even go to the ministry. He could not even attend the meeting of the legislature. Therefore the government has reached a state of directionlessness and indecision. Prime Minister Narendra Modi had sent an invitation for the Corona review meeting on Thursday. But he could not even attend the online meeting due to health. Many problems of the state and district are very serious. For this a full-time chief minister is needed.

JhunJhunwala Portfolio: Rakesh Jhunjhunwala’s new bet, is buying shares of the company in which LIC, MF are selling

There is no talk in sugarcane price payment, UP government broke all previous records