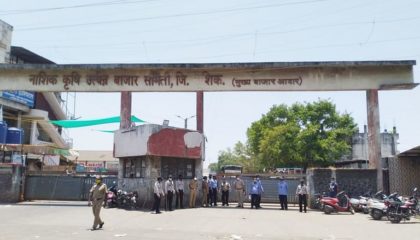 The one year government audit report has made serious allegations of spending Rs 500 crore on corruption, embezzlement and scams that in 20 years this figure will surely reach thousands of crores. It has been demanded that action should be taken against those who are guilty and who have caused damage to the government and farmers. It is said that the government audit report of the Government of Maharashtra was also attached with this letter. The application is signed by Dinkar Patil and Sunil Kedar.

With a balance of Rs 3 crore per year, how can there be corruption worth Rs 500 crore? It is also important to study it. Hence the allegations leveled by him are baseless. They also need to understand that grandfathering does not work everywhere.

Dinkar Patil’s panel faced a crushing defeat in the recently concluded Central Godavari Krishak Seva Sahakari Sanstha elections. This defeat made him restless. Two days back an expert director was also selected. At that time Dinkar Patil had insulted the chairman and other directors along with me. An FIR has been lodged in this regard at Gangapur police station. Also, the board of directors has canceled his directorship taking disciplinary action. The annual income of the market committee is Rs 16 crore, out of which a total of Rs 13 crore is spent on the salaries and cleaning of the general servants.

T20 World Cup Prize Money: Bumper prize money will be available for lifting the World Cup, but the team winning the IPL will get...