Big injustice on 11 thousand farmers of the district 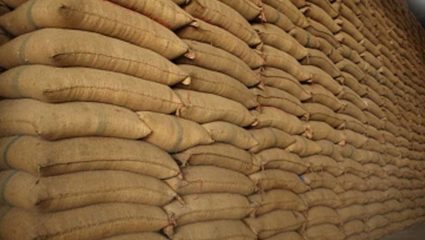 The issue of basic price plan paddy procurement continues in the district. Due to the negligence of the Mahavikas Aghadi government and cutting the time of administrative machinery, there has been a big loss to the paddy growers. In which the rice millers have increased the crisis. Paddy is purchased in the district in Kharif and Rabi seasons according to the central government’s guarantee price scheme. For this, paddy is procured through the sub-agent organization of District Marketing Federation and Tribal Development Corporation.

All this process is being executed through online system. Under the District Marketing Federation, 107 Guaranteed Price Paddy Purchase Centers have been started in the district. In this, on December 31, 2021, during this period, 1 lakh 31 thousand 194 farmers of the district had registered online for the sale of paddy. Till January 31, farmers had a period to sell paddy at the respective centres. But only 1 lakh 14 thousand 3 farmers who registered during this period have sold paddy. Whereas 17 thousand 191 farmers who have registered have been deprived. After this, the Mahavikas Aghadi government extended the period of paddy paddy sale till 8 February 2022.

Even after all this, paddy has not been sold to the registered farmers. Even today 11 thousand 47 farmers are waiting for the sale of paddy. The Central Government has given Rs. 1 thousand 940 to ordinary paddy. per quintal rate. In this, most of the farmers prefer to sell paddy at the centers because of the higher rate of Rs.500 per quintal at the guarantee price center for ordinary paddy than the market price.

Crime, arrests up on Mass and Cass this yr, police say

Crimes, arrests and requires service are all up within the Mass and Cass space this…

2022 Audi Q7 Facelift will knock on February 3 in India, booking starts, know all the features of this luxury car

The government has extended the PAN-Aadhaar linking deadline till 30 September 2021. PAN Aadhar Linking…