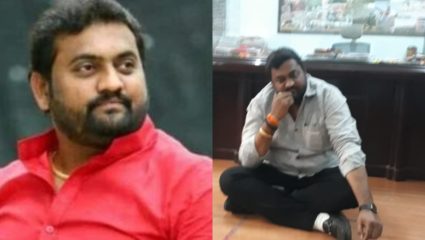 Nashik: Alleging that there is a big corruption in the work of flyover being built between Tidke Colony to City Center Mall and City Center Mall to Trimurti Chowk, documents related to it have been sought. will be placed before Regarding this demand, BJP Corporator Mukesh Shahane has started an agitation in the office of City Engineer SR Vanjari from 12 noon on Monday. Shahane has alleged that there is huge corruption in this work.

Raising this issue in the last Standing Committee meeting, he had demanded to give documents related to it. Despite being instructed by Standing Committee Chairman Ganesh Geete and Municipal Commissioner Kailash Jadhav, the officials have accused the officials of not providing the documents. On this issue, Mukesh Shahane said that I have raised a serious issue. There have been many scams in the first city. But the wrongdoing continues. To curb this, some documents have been asked. But why are the documents being hidden?

Due to the huge financial scam in the work of the proposed flyover, the matter will have to be taken to the High Court. Necessary documents are needed for this. Asked for it again and again. I called and said. After getting no response from their side, the agitation was started from Monday morning.

The agitation will continue till I get the documents. Whoever is behind the flyover will not be there without showing them their place. People are losing their lives in building their own house, so this is a very serious issue. The flyover should definitely be built but not by destroying anyone. Who is interested in this. The traffic report should be ready before the proposed flyover is cleared. A detailed report should be prepared about how much traffic is there, how many vehicles go in a day. Honesty should be done keeping transparency in this work. Otherwise a big mass movement will be created.

Samsung will launch Galaxy M32 5G smartphone on August 25, know what will be special in it

Singapore: Travelers from 11 countries can travel without quarantine, India did not get exemption

PM Shram Yogi Manthan Yojana 2020 Know what is the plan