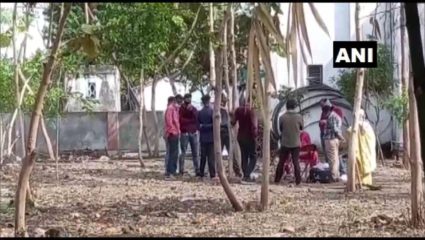 Mumbai: A sensational incident has come to light from Wardha in Maharashtra. Here the secret of illegal abortion has been exposed. During investigation into a separate case of illegal abortion at a biogas plant of a private hospital in Arvi, Wardha, 11 skulls and 54 fetal bones were found. After which the police have taken action in this case and arrested two people and now further investigation is being done.

According to ANI, Wardha Police Sub-Inspector Jyotsna Giri told that, during investigation of a separate case of illegal abortion at a biogas plant of a private hospital in Arvi, 11 skulls and 54 bones of fetus have been found. Hospital director Rekha Kadam and one of her associates have been arrested in this case.

Maharashtra: 11 skulls & 54 bones of fetuses were found in biogas plant of a private hospital in Arvi, Wardha during the investigation of a separate case of illegal abortion. Hospital director Rekha Kadam & one of her associates were arrested: Sub-Inspector Jyotsna Giri (13.01) pic.twitter.com/4JtzeZquu6

According to a media report, during the investigation into the abortion case of a 13-year-old girl in Arvi, the police have found a large quantity of remains of infants in the biogas chamber. In view of the seriousness of the case, Superintendent of Police Prashant Holkar has formed a special team and ordered an inquiry.

In fact, on January 12, the Arvi police had searched the hospital, in which the remains of newborn babies were recovered in the biogas pit located in the rear part of the hospital, out of which 54 bones have been confiscated and 11 skulls have been found. The police have now sent the bones recovered in this case for forensic examination and DNA testing. The police is now continuously interrogating the staff and nurses associated with the hospital in this matter.

In the game of stock market, 1 player’s stock gave 7% return on the first day

Sensational incident in Kerala, after killing the youth, the accused threw the dead body outside the police station