Bharat Ratna Pranab Mukherjee: The journey from clerk, journalist to becoming the President of the country 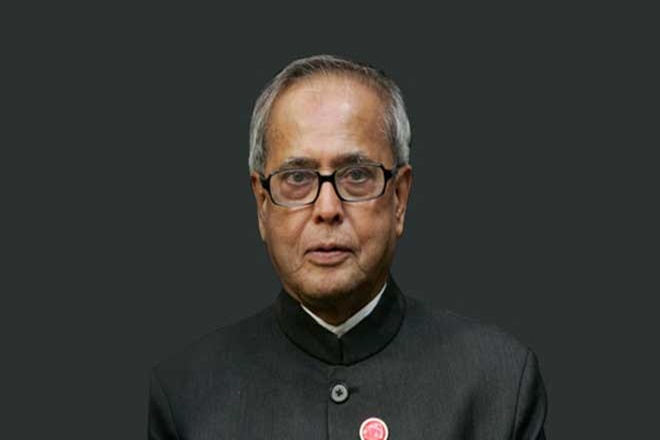 Former President of India and Bharat Ratna Pranab Mukherjee died on Monday evening. Pranab Mukherjee was considered a rich man of knowledge, a scholar of politics and diplomacy. This was the reason that Pranab Mukherjee, associated with the Congress, became a veteran and influential leader in the party since Indira Gandhi’s tenure. He saw all the ups and downs in his political life. From Indira Gandhi government to Manmohan Singh, he was a minister and reached Rashtrapati Bhavan. Let’s know about his journey.

Born on 11 December 1935 in Mirati, a small village in Birbhum in West Bengal, Pranab da was known for his extraordinary personality associated with the land. He did his MA in Political Science and History from Kolkata. And LLB from Kolkata University. Degree also.

Mukherjee was also a journalist

In 1963, Pranab Mukherjee started his career as an Upper Division Clerk in the office of Deputy Accountant-General (Post and Telegraph) in Kolkata. After this he became Assistant Professor of Political Science in his own college Vidyanagar College. Before entering politics, Mukherjee also worked as a journalist in Desher Dak (Call of the Motherland) magazine.

Pranab Mukherjee remained in politics for nearly 5 decades and held many big positions. Mukherjee, who also played an important role in the Indira Gandhi government, was considered the biggest and trusted face of the Congress. Pranab Mukherjee stepped into politics from 1969 and was elected to the Rajya Sabha for the first time. Mukherjee was a member of the upper house of parliament five times.

In 1973, Pranab Mukherjee became Union Minister for the first time. Thereafter, he became a minister in the government of Indira Gandhi and then Rajiv Gandhi. He was the Deputy Minister of State for Industry, Shipping and Transport, Steel and Industry and Minister of Finance in the Indira government in 1973-74. In 1980, Pranab Mukherjee was made the leader of the Congress in the Rajya Sabha and he remained the Leader of the House in the Rajya Sabha till 1985. In 1982, Pranab da became the Finance Minister of India under Indira Gandhi’s Prime Minister.

In political career, Pranab Mukherjee was Deputy Chairman of Planning Commission from 1991 to 1996, Commerce Minister from 1993 to 1995, Minister of Foreign Affairs from 1995 to 1996, Defense Minister from 2004 to 2006 and Foreign Minister from 2006 to 2009. He was the Finance Minister from 2009 to 2012. Pranab Mukherjee in Manmohan government More than 95 formed between 2004 and 2012 on various issues like administrative reforms, right to information, right to employment, food security, energy security, information technology and telecom, establishment of Unique Identification Authority of India, Metro Rail etc. He was the chairman of ministerial groups.

The formula for the sharing of resources between the Center and the states, prepared by Mukherjee in 1991, is still known as Gadgil-Mukherjee formula.

He resigned from Congress and Lok Sabha in 2012 to contest the presidential election.

Even as President, he made an indelible mark. During this time, he took a strict stand on mercy petitions. 34 mercy petitions came in front of him and he rejected 30 of them. These include the plea of ​​Ajmal Kasab, the 2008 Mumbai attack convict, Afzal Guru, the prime accused in the 2001 Parliament attacks, and the 1993 Mumbai bomb blast convict Yakub Menon. Kasab was hanged in 2012, Afzal Guru in 2013 and Yakub Menon in 2015.

Mukherjee, who has made himself known as the President of the people, will also be remembered for the steps taken to take the Rashtrapati Bhavan closer to the public. He opened its gates to the public and also built a museum.

Former President Pranab Mukherjee passed away, breathed his last at the age of 84

Pranab Mukherjee was awarded “Bharat Ratna”, the highest civilian honor of the country in the year 2019 by the Modi government. There was a lot of discussion in political circles about this. Apart from this, Mukherjee has received many awards and honors. These include Padma Vibhushan in 2008, Best Parliamentarian in 1997 and Best Administrator Award in India in 2011. Many universities of the world awarded him an honorary doctorate.

Mukherjee was ranked among the top five finance ministers in the world in 1984 in a survey of the journal ‘Euro Money’ published from New York. Pranab da was declared ‘Finance Minister of the Year’ for Asia in 2010 by the Journal of Record, ‘Emerging Markets’ for the World Bank and the International Monetary Fund.

Modi Cabinet Expansion: Today the first expansion of Modi cabinet, know who can get the place?