BCCI has given big information about IPL Mega Auction, Mega Auction will be held on ‘this’ day and ‘this’ date 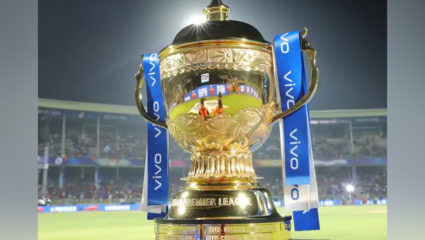 In the upcoming season of IPL, 10 teams instead of 8 are going to participate in the IPL. Therefore, some changes will also be seen in this new season. In the coordination of the players of all the teams, that is, there will be a change in the organization. It is worth noting that all the old 8 teams of IPL KIR have also retained their favorite players in view of the rules of BCCI. Crores of cricket lovers and new and experienced players of the country and the world were eagerly waiting for the date of the mega auction. BCCI has announced that the mega auction will be held on February 7 and 8, 2022 in Bengaluru. Earlier, both the new IPL team Lucknow team and Ahmedabad team have the opportunity to contract 3-3 players of their choice and available.

A senior BCCI official has informed that this could be the last mega auction of the IPL. Because, most of the original teams are not in favor of it. He also told that, in view of the dangers of corona infection, ‘IPL MEGA AUCTION’ will be done in India only. This event is being organized in Bengaluru on 7th and 8th February of the New Year, for which preparations are in full swing. He put an end to the speculations that it was being said that the mega auction will be done in Dubai.

According to the information received from the BCCI official, ‘IPL MEGA AUCTION’ will be conducted in India due to fears of banning international flights in view of the increasing case of infection of the new deadly Omicron variant of Corona.

It is worth noting that 10 teams will participate in the new season IPL 2022. And since both new teams, team Lucknow and team near can choose 3-3 from the draft. But, for this, they will have to announce it by December 25. However, he may be given additional time by the BCCI, as the Ahmedabad Teemanki-owned company ‘CVC CAPITAL’ is yet to get the approval.

Let us tell you that most of the team management of IPL believes that every 3 years players’ auction affects the organization of the team. Giving his opinion, Parth Jindal, the co-owner of ‘Delhi Capitals DC’, had said that it is very difficult to leave players from your team after working so hard to build a team.

US President’s domestic agenda in trouble, trouble for Biden in his own party’s China!

US: By sending a message, President Biden was given ‘threat’ to kill him, the case started on the accused