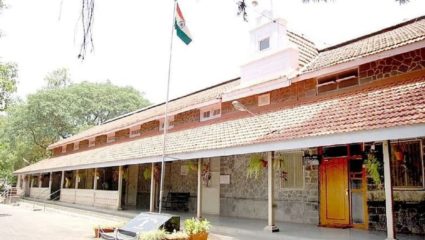 Nashik: Now no one will be given admission in the Devlali Cantonment Board of Nashik. For this, written permission will have to be taken by first meeting the concerned officer, after which admission will be given. This information has been given by CEO Dr. Rahul Gajbhiye. In such a situation, now easy entry will not be available in the cantonment. In such a situation, if you have an important work, then first you have to take permission from the concerned officer.

Corona patients are increasing rapidly in Nashik. In view of this, the Devlali Cantonment Board has become aware. Due care is being taken in view of the corona infection in this council. In view of this, this new decision has been taken. Sanitizer is applied before entering here. Body temperature is taken. After that the entry is given. But now for any work, the person concerned will have to be called by phone. Apart from this, written permission has to be taken for this. Admission will be given only after getting this permission. Only those citizens who have taken both the doses of the vaccine will be given admission here.

Rules are strict in the city too

In view of the increasing outbreak of Corona, the rules have been tightened in Nashik city. Police commissioner has imposed section 144 in the city. According to this, there is a lockdown during the day while curfew is imposed in the night. Apart from this, orders have been given to keep the fort, zoological museum, garden closed. Apart from this, more than 50 percent attendance of employees has been banned in private offices. For this, division of work has been asked to be done in 24 hours. Permission has been given to keep private offices open 24 hours. Permission has been given to keep gym and beauty parlor open according to 50 percent attendance. Along with this, now the foster minister Chhagan Bhujbal has ordered a ban on open tourist places.

No serious symptoms of corona in both doses in Pune, only nine percent were positive

China again ‘betrayed’ with India, know what is the ‘Visa and Vaccine’ dispute? Due to which people got angry on ‘Dragon’

Israel Election: 4 elections in two years, but no result, Netanyahu again away from majority, people said, ‘just do it’