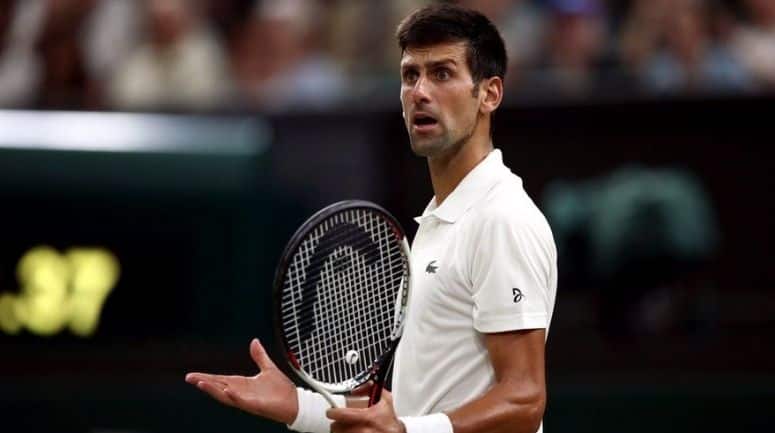 Will the Australian government revoke the visa of top seed Novak Djokovic for the second time? Amidst this question, the organizers said on Thursday that the Australian Open tennis draw has been postponed until further notice.

Immigration Minister Alex Hawke is using his discretionary powers to revoke Djokovic’s visa, which could shatter Djokovic’s dream of a record 21st major tennis title at the Open.

The official draw was to begin at 3 pm. local time (04 00 GMT), but after a while, a tournament staffer told reporters outside the media conference room that it would not go ahead.

The Australian government revoked Novak Djokovic’s visa on his arrival in Melbourne on 5 December because he did not meet the criteria for medical exemption in the Covid-19 vaccination rules. He claimed that he had a medical exemption, but he could not prove it.

India Open 2022: India Open tournament in the grip of Corona, Srikanth and Ponnappa 7 players withdrew after being found corona positive

When Djokovic arrived, officers of the Australian Border Force decided that his exemption was invalid and he was kept with asylum seekers in an immigration detention hotel for several days.

A court on Monday allowed him to stay on the grounds that the manner in which the authorities dealt with him for nearly seven hours past midnight was “wrong”. The 34-year-old world number one tennis player was practicing at Rod Laver Arena earlier on Thursday.

The Australian government will now have to decide whether to let Djokovic stay and play for his 10th Australian Open title.

Djokovic admitted that his agent had made a mistake in filling out immigration documents in Australia, which he called a “human error”. The column on his form was further ticked, declaring that “he had not traveled abroad for two weeks prior to his arrival in Australia.”

Actually he had gone from Serbia to Spain. Djokovic blamed his agent for the mistake and admitted that he gave an interview for a French newspaper on 18 December, when he was infected with COVID-19.

Fans, including many Serbian Australians, protested his detention. Many anti-vaccine people hailed him as a hero and his family hailed him as a champion of individual rights.

JioPhone Next will be launched today, Reliance Jio and Google have prepared together and will compete with these mobiles

Big disclosure: Whose beauty was stunned by the world, Marilyn Monroe was given top secret poison by the brother of the US President!